Apple to give iPhone users free original video | Major Businesses | Business
By continuing to use this site you consent to the use of cookies on your device as described in our privacy policy unless you have disabled them. You can change your cookie settings at any time but parts of our site will not function correctly without them. [Close]

Apple plans to give owners of its devices access to free original content, as part of the next chapter in its digital TV strategy. 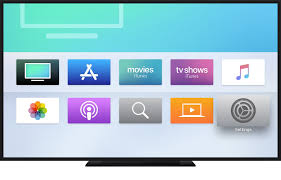 According to sources speaking to CNBC iPhone, iPad and Apple TV owners will have a pre-installed TV application which will offer a mix of free original content and subscription-based third-party channels. The latter is said to be online-only direct-to-consumer services, such as those from HBO and Starz. The former will be anchored by PG-13 tentpole franchises, which Apple hopes will launch it into the same realm as Amazon Prime and Hulu.

The revamp of the service will go live early next year, according to the report. For now, Apple’s current line-up of original content is available to viewers who possess Apple Music subscriptions for $9.99 per month.

The loss-leader strategy using original content will thus be a marked departure from its existing digital content model – and highly differentiated from the streaming competition – but will fit nicely into its traditional strategy of using vertical integration to drive device sales.

Apple is already known to be spending about $1 billion on original content this year, with about 24 original shows in production and development. Over the summer, it struck a multi-year partnership with Oprah Winfrey, through which the TV personality will create programmes or Apple’s original content push. Winfrey will work on films, TV shows, apps and books, and appear in some of the video projects.

It also has given a ten-episode series order to Little Voice, a half-hour show that explores the universal journey of finding your authentic voice in your early 20s. Executive-produced by JJ Abrams, Sara Bareilles and I Am Sam director Jessie Nelson (also the showrunner and director of the first episode), the show is from Abrams’ Bad Robot Productions in association with Warner Bros Television. Bareilles will provide original music.

The Oprah fare and Little Voice join other upcoming series for the tech giant’s line-up of originals, including three from Reese Witherspoon’s Hello Sunshine production firm: a morning-show drama starring Witherspoon and Jennifer Aniston; Are You Sleeping starring Octavia Spencer; and a comedy with Kristen Wiig.

Apple has also signed on Steven Spielberg’s Amazing Stories, a Ron Moore space drama, See from Steven Knight and Francis Lawrence, and a psychological thriller from M. Night Shyamalan, among others.