Murdoch steps down as Comcast completes acquisition of Fox’s Sky stake | Major Businesses | Business | News | Rapid TV News
By continuing to use this site you consent to the use of cookies on your device as described in our privacy policy unless you have disabled them. You can change your cookie settings at any time but parts of our site will not function correctly without them. [Close]

Comcast has closed on its purchase of Twenty-First Century Fox's holdings in Sky, a move prompting the departure of James Murdoch from the pay-TV firm's board. 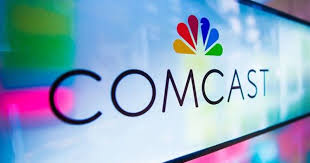 The closing moves its acquisition of the UK broadcaster a step closer to completion; Sky's listing on the London Stock Exchange will be cancelled on 7 November.

Fox's overlapping offer to acquire Sky had lapsed, Sky noted yesterday, recommending anyone who hadn't yet accepted Comcast's offer do so immediately.

Meanwhile, earlier this week, Comcast clinched the fourth largest corporate bond sale on record, successfully borrowing $27 billion to fund its $39.7 billion acquisition of the pan-European satcaster. It raised the funds across 12 tranches of floating- and fixed-rate bonds, ranging from two- to 40-year maturities.

The sale has the follow-on effect of reducing Disney's debt in acquiring 21CF's media assets.

Commenting on closing the deal, Comcast chairman and chief executive Brian Roberts said: "We are pleased today to be the majority owner of Sky. Led by Jeremy Darroch and his superb team - now together with Comcast - our combined global leadership in technology and content paves the way for us to accelerate investment and growth in Sky's brand and premier platforms."