ITV Studios Global Entertainment names new VP global content | Major Businesses | Business | News | Rapid TV News
By continuing to use this site you consent to the use of cookies on your device as described in our privacy policy unless you have disabled them. You can change your cookie settings at any time but parts of our site will not function correctly without them. [Close]

As it basks in the huge success of dramas across the world with traditional broadcasters and with the prospect of further ratings with subscription video-on-demand players, ITV Studios Global Entertainment has named Louisa Forsyth as VP, of its global content, scripted division. 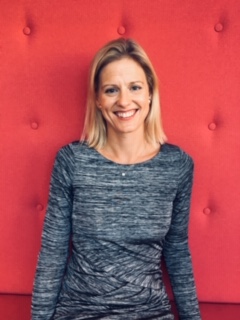 Forsyth joins ITVS GE from Sky, having been with the organisation since 2003, where she held a number of positions, including ten years in acquisitions, entertainment and, most recently, in the corporate affairs team working across its Bigger Picture initiative leading the Sky Ocean Rescue content activity and MAMA Youth Project. “I am thrilled to be joining ITVS GE at this exciting time of content growth and delighted to be working with the talented Global Entertainment team to further expand our drama portfolio internationally,” she remarked on her appointment.

“I’m delighted that the scripted content team is now complete and, as we look to cement our place as a truly worldwide producer distributor, Louisa’s international experience strengthens our cause as we are now ideally positioned to collaboratively cater for our creative partners and clients,” commented Julie Meldal-Johnsen, EVP of global content. “Louisa joining us is perfect timing as we prepare to head down to MIPCOM.”

For MIPCOM, ITV Studios’ scripted slate for MIPCOM will be headed by The War of the Worlds, the Mammoth Screen and Creasun production of H.G. Wells’ classic sci-fi tale for BBC1; Dark Heart, a new crime series from critically acclaimed writer Chris Lang, produced by Silverprint Pictures in association with Britbox for ITV, and West of Liberty, based on Thomas Engström’s novel centring on former Stasi agent and CIA informant Ludwig Licht, produced by Anagram Sweden and Network Movie. There is also non-English language presence with Balthazar (Beauborg Stories), Les Secrets (Beauborg Stories) and Hunters (SF Studios and Harmonica Films).