Netflix to open production hub in Albuquerque | VOD | News | Rapid TV News
By continuing to use this site you consent to the use of cookies on your device as described in our privacy policy unless you have disabled them. You can change your cookie settings at any time but parts of our site will not function correctly without them. [Close]

SVOD leader Netflix has chosen Albuquerque, NM as the site of a new US production hub and is in final negotiations to purchase ABQ Studios, located in Albuquerque’s Mesa Del Sol district. 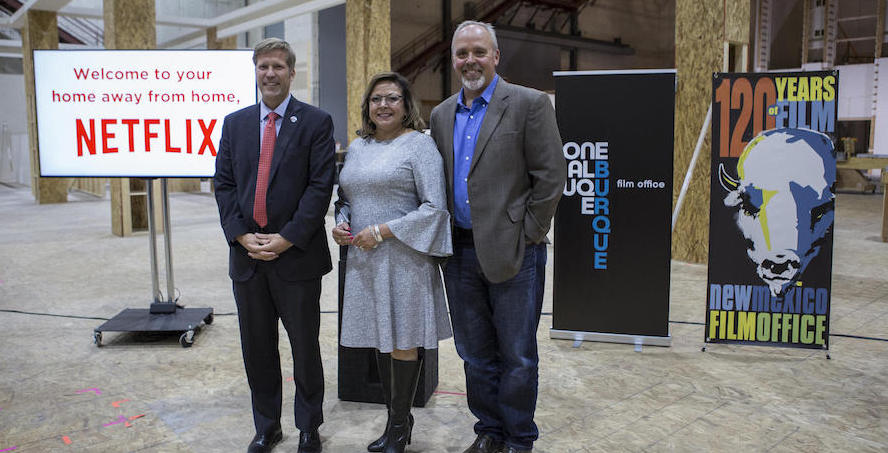 Upon closing, the company plans to bring $1 billion dollars in content production to New Mexico over the next ten years and create up to 1,000 production jobs a year.

This is the company’s first purchase of a production studio complex. Netflix will produce film and television series in the new facility and at locations around the state, including irreverent apocalypse dramedy Daybreak, supernatural drama Chambers and the Messiah suspense series.

Chambers and Messiah are currently being produced in the Albuquerque area; both productions have provided jobs for over 700 New Mexican crew members so far. Previous Netflix productions in New Mexico include the Emmy Award-winning limited series Godless, The Ridiculous Six and Longmire.

“Netflix is at the cutting edge of the film and television industry and it’s an honour to welcome them to New Mexico,” said Governor Susana Martinez. “After years of hard work to cut taxes and make New Mexico business-friendly, we’re seeing incredible results. Now, New Mexico is leading the nation in economic growth and lowering unemployment and we’ve brought the world’s leading internet entertainment service, Netflix, to our state.”

“Our experience producing shows and films in New Mexico inspired us to jump at the chance to establish a new production hub here,” added Ty Warren, VP, Physical Production, Netflix. “The people, the landscape and the facilities are all stellar and we can’t wait to get to work -- and employ lots of New Mexicans -- creating entertainment for the world to enjoy. We are grateful to Governor Martinez, Mayor Keller and the people of New Mexico for the opportunity to create a new ‘home away from home’ here in Albuquerque.”
Tweet