Singtel eyes esports, gaming growth with APAC initiative | Major Businesses | Business | News | Rapid TV News
By continuing to use this site you consent to the use of cookies on your device as described in our privacy policy unless you have disabled them. You can change your cookie settings at any time but parts of our site will not function correctly without them. [Close]

Gaming and esports are set for a boost in Southeast Asia, Australia and India following an agreement between Singtel, its subsidiary Optus, and regional partners Airtel, AIS, Globe and Telkomsel. 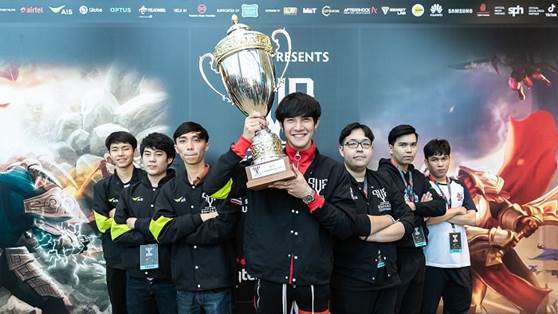 A memorandum of understanding (MOU) between the companies, announced on Sunday (7 October), calls for the scaling up of esports, content creation and distribution, and collaboration with the broader gaming ecosystem.

The Singtel Group, which has a mobile customer base of more than 700 million, said it would explore opportunities to enable esports enthusiasts and gamers in their passion, as more than 200 million customers across the Group play games on a regular basis.

These will include providing access to high quality local, regional, and global esports competitions, as well as original content and exclusive programming.

“Gaming is part of a digital world without borders, where fast network speeds, connectivity and local market knowledge are critical. It is a natural and perfect fit for Singtel and our partners. We are committed to working as a group to better serve the gamers in our networks, and in the region. We hope to play a major regional role as an enabler of esports, to collectively grow the gaming ecosystem, and give gamers the support and recognition they deserve,” said Arthur Lang, CEO of Singtel’s International Group.

The news came at Singtel’s inaugural multi-title and regional esports league, PVP Esports Championship , which ran from 5 to 7 October. The event attracted over 3,600 teams competing in both Dota 2 and Arena of Valor for a US$300,000 prize pool, and was broadcast in seven languages – English, Bahasa Indonesia, Chinese, Korean, Russian, Tagalog and Thai. Singtel, as the owner of the championship, controls the content and its global distribution for the event.

The number of gamers in the region is projected to surge from 400 million in 2017 to more than 700 million by 2021, with esports viewing figures expected to double and reach over 40 million by 2019, claims the telco.