StreamElements launches payment service for streamers | Infrastructure | News | Rapid TV News
By continuing to use this site you consent to the use of cookies on your device as described in our privacy policy unless you have disabled them. You can change your cookie settings at any time but parts of our site will not function correctly without them. [Close] 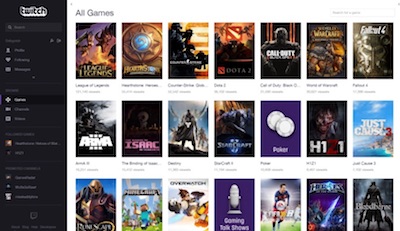 StreamElements supports more than 150,000 live streamers on Twitch and YouTube. The new portal allows credit cards to be used for tipping, along with advanced chargeback and fraud detection.

Currently, for viewers to tip their favourite streamers, they’re required to open a PayPal account, and recent studies show that only 30% of US consumers use PayPal. While there are third-party work-arounds to access tipping via credit card, the process requires a lengthy application and transaction process.

“The growth of live streaming and its maturation into a multi-million dollar industry for streamers caught many by surprise and, as a result, much of its infrastructure has not kept pace,” said Doron Nir, CEO of StreamElements. “In particular, the process for accepting tips in all forms other than PayPal is so painful that many streamers are leaving significant money on the table. StreamElements is now one of the only streamer tool sets that allows creators to not only create professionally produced, beautiful streams, but also generate significantly more revenue than was ever possible before SE.Pay.”

While the initial launch of SE.Pay focuses on US streamers, the payments portal will expand globally in the weeks that follow, the company said. The next major market to receive SE.Pay will be the European Union, with market-specific features that allow streamers to easily comply with EU tax regulations. South American and Asian market access to SE.Pay is slated for 2019.