Pluto TV comes into European orbit | OTT | News | Rapid TV News
By continuing to use this site you consent to the use of cookies on your device as described in our privacy policy unless you have disabled them. You can change your cookie settings at any time but parts of our site will not function correctly without them. [Close]

As part of a key expansion to its reach, the Pluto TV free streaming television service rolling out into non-US territories, debuting in Europe initially on Sky’s NOW TV streaming devices in the United Kingdom. 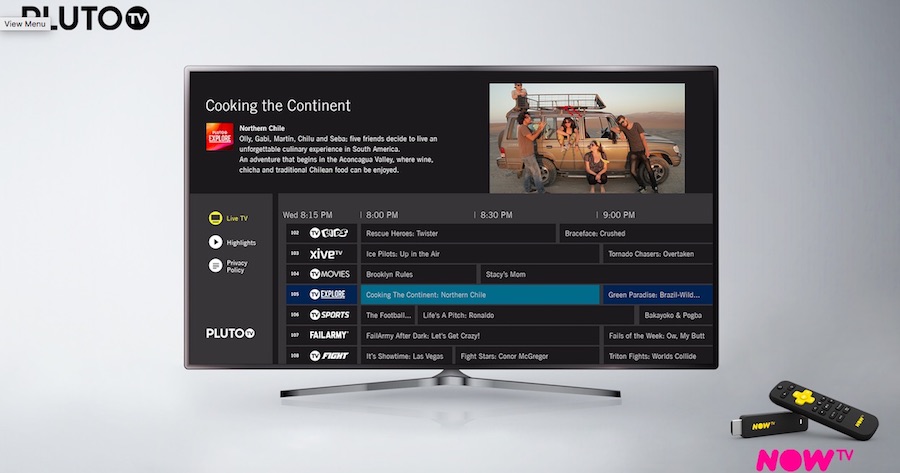 Sky has been an investor in Pluto TV since 2014 and is dedicated to jumpstart the European offering in the UK. In the deployment on NOW TV, Pluto TV’s mix of original curated thematic genre-specific channels and branded content will be available on the NOW TV Smart Stick and NOW TV Boxes. The initial mix contains original Pluto TV branded channels, from Pluto TV Movies and Pluto TV Kids to Pluto TV Fight, Pluto TV Explore and branded channels such as Xive TV, World Poker Tour and exclusively available in Europe, Mystery Science Theater 3000.

“The launch of Pluto TV in Europe is a monumental achievement as we actively pursue our mission of entertaining the planet,” stated Pluto TV CEO and co-founder Tom Ryan. “Olivier and his team have worked tirelessly to develop and launch Pluto TV in the UK with the perfect mix of our unique channel offerings, content partners, and features, all adapted to meet the sensibilities and affinities of the local audience. This is an exciting next chapter for Pluto TV on a global scale.”

“Our vision is to generate highly engaging viewing experiences and to offer our viewers a diverse yet customised experience on connected TV screens,” Jollet added. “Pluto TV’s ad funded model opens the door for advertisers to reach a digital first viewership not reached via classic TV advertising. At the same time, content producers who are not yet on television get the chance to shine on the TV screen.”
Tweet