World Cup-driven premium video growth bucks Europe programmatic trend | Ad Tech | News | Rapid TV News
By continuing to use this site you consent to the use of cookies on your device as described in our privacy policy unless you have disabled them. You can change your cookie settings at any time but parts of our site will not function correctly without them. [Close]

Continued growth in premium video, thanks to major events such as the FIFA World Cup, and the way broadcasters are creating a more data-enabled future for TV advertising says research from FreeWheel. 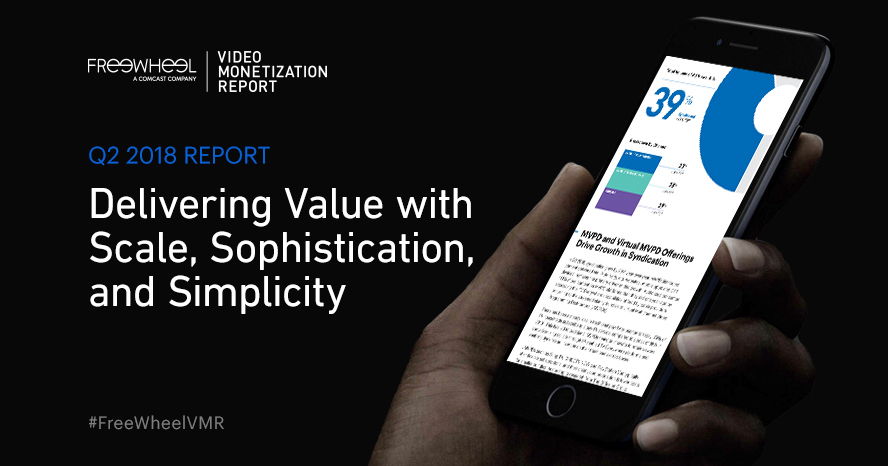 In the Q2 edition of its long-standing Q2 2018 Video Monetisation Report (VMR), the Comcast subsidiary found that despite the arrival of new data regulations with the GDPR, European premium content saw an increase of 31% in ad views and 22% in video views during the second quarter of the year, compared with the same period in 2017. In contrast, digital programmatic spending took a big hit immediately post-GDPR, with exchanges reporting anything between a 25 and 40% reduction in demand.

By contrast FreeWheel found that big screen viewing on television sets captured almost a third (30%) of all ad views during the period. This it accepts may be partly attributed to the screening of the World Cup over the summer, still the most watched TV event globally, as fans sought the best quality viewing experience to watch the spectacle.

Overall, the VMR data revealed three key trends across Europe between April and June 2018. Namely: premium video continued to flourish across all devices and platforms; as streaming services continue to grow in popularity, broadcasters are reacting to the competition; direct-sold deals still dominate the market.

Drilling deeper it found that STB- and OTT-based premium video saw year-over-year growth of 21% and 41% respectively, while mobile ad views grew by 46% compared to 2017. Meanwhile, as Sky and others were building Netflix into their premium services, the BBC, ITV, Channel 4 and network operator Arqiva were joining forces to invest in the Freeview platform, to offer combined free-to-view, live and on demand television. Direct-sold deals accounted for 88% of premium video ads sold in Q2 a 41% year-on-year increase.

The report also found that operator-driven syndication grew strongly in the quarter, accounting for 17% of ad views, as publishers strove to provide consumers with content whenever and wherever they want it. Pre-roll ad completion was 91% for both live and full episode, and mid-roll completion rates at 94% for live and 96% for full episode.

Commenting on the Q2 2018 Video Monetisation Report’s results and trends, Comcast international general manager, Thomas Bremond said: “As the convergence of linear and digital capabilities continues, premium video is perfectly placed to own a greater portion of the marketing funnel. Success will depend on the industry enhancing targeting and measurement capabilities, while still providing a brand-safe environment and engaging user experience.”