Bryncoed appoints head of young-adult development | Major Businesses | Business | News | Rapid TV News
By continuing to use this site you consent to the use of cookies on your device as described in our privacy policy unless you have disabled them. You can change your cookie settings at any time but parts of our site will not function correctly without them. [Close]

In its second senior hire of 2018, scripted children’s drama and returning series specialist Bryncoed Productions has named Jonathan Wolfman as its first young-adult (YA) development head. 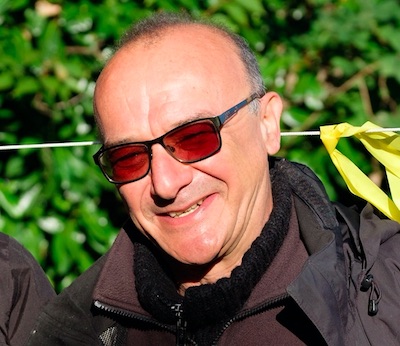 In June 2018, the Foz Allan-founded Canterbury-based indie hired Emma Yap as development producer and says that its latest appointment reflects its rapid expansion since its launch as a full-service production company in 2017.

Wolfman’s development, production and script-editing credits include work with UK YA brands including CBBC’s Worst Witch, Wolfblood, Hetty Feather, Pet Squad, Scoop, and BAFTA-winning series The Dumping Ground and Tracy Beaker Returns. Most recently, he produced Katy, a three-part drama for CBBC adapted from Dame Jacqueline Wilson’s best-selling children’s novel. Prior to CBBC, Wolfman spent a number of years in development as a producer for Talent Television and Talent Kids, where he worked across a range of genres and formats. During this period, he produced Skatoony for Cartoon Network — a series that eventually became My Phone Genie — and devised the 96-episode reality game show Best of Friends for CBBC.

“I’ve worked with Jonathan for years and know from first-hand experience that his understanding of YA audiences in second to none,” Allan remarked. “As we begin to realise our creative ambitions, we need not only a safe pair of hands, but ones that are also highly skilled in the art of YA concept development. Jonathan not only brings this to Bryncoed but also a mind brimming with wild, weird and wonderful ideas.”

Wolfman added: "I can’t think of a better opportunity than reuniting with Foz and helping him to develop smart, accessible content for YA audiences. I’ve been working on a couple of screenplays for Foz, so it seems a natural step to become fully involved with Bryncoed, driving not only my own projects from script to screen, but also helping to shape the company’s development slate. Mark my words — Bryncoed is one to watch.”