BBC News goes mobile in India on Jio TV | Mobile | News | Rapid TV News
By continuing to use this site you consent to the use of cookies on your device as described in our privacy policy unless you have disabled them. You can change your cookie settings at any time but parts of our site will not function correctly without them. [Close]

The BBC is launching its first news bulletin for a mobile audience in India as part of a 24-hour Marathi language video stream on the Reliance Jio TV app. 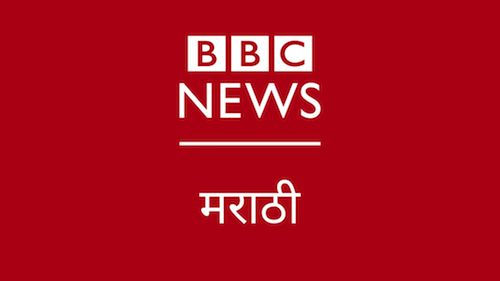 The evening digital bulletin, called BBC Vishwa, marks a first for BBC World Service, which is the only international broadcaster delivering a 24/7 streaming in a regional Indian language on Jio’s 4G network.

Broadcasting at 7pm, it will provide a mix of trending topics, politics, youth, sport, entertainment, business, health and education drawing on BBC News reporters in India and around the world to deliver stories and features to Marathi speakers .

“Young people in Maharashtra prefer to watch the news on digital mobile platforms and we are excited to offer the first digital bulletin in Marathi. The globalised youth will now get to watch top stories across the world and the best features produced by the BBC,” said Ashish Dikshit, head of BBC News Marathi.

Jyotindra Thacker, Reliance Industries Limited added: “We have always believed in disrupting the way content is consumed in today’s world. The next big growth in digital content consumption will be driven by giving access to the vernacular content to the masses.

“BBC Vishwa on JioTV is our yet another digital endeavour aimed at empowering India’s youth with high quality digital news on their fingertips. There is nothing better than serving millions of Marathi speaking Jio users with news in a language they associate the most.”

The BBC has also expanded its news bureau in Delhi with two new studios to produce TV and digital content for the whole of South Asia. The Delhi bureau is now the BBC’s largest outside of the UK.