Terrestrial stars but satellite enters lower orbit in solid Arqiva fiscal year | Major Businesses | Business
By continuing to use this site you consent to the use of cookies on your device as described in our privacy policy unless you have disabled them. You can change your cookie settings at any time but parts of our site will not function correctly without them. [Close]

As an indication how well it is running as a business, for its fiscal 2018 year UK communications infrastructure and media services provider Arqiva has posted solid profit growth despite only modest increases in overall revenues. 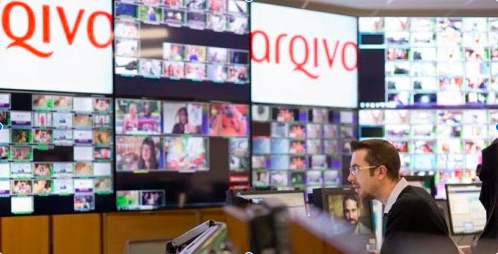 For the year ended 30 June 2018, revenue in the year was up 2.2% to £962.4 million while organic revenue growth from continuing operations, excluding the revenue of the Wi-Fi business sold last year, was 3.0%.

Looking at business lines, revenue in the company’s terrestrial broadcast business grew 8.6% on a yearly basis to £487.5 million. Arqiva noted that this performance was driven by increased 700 MHz clearance activity as well as the ramp-up in its DAB rollout programme. However, revenue in the satellite and media business decreased 9.1% year-on-year to £133.5 million compared with the same period last year. This said Arqiva was a result of ongoing rationalisation of these services and the ongoing transition away from low margin contracts in the division.

All of this saw company EBITDA increase 9.3% year-on-year to £517.5 million. The company attributed this mainly due to the completion of its DAB radio rollout, increased 700 MHz clearance activities and growth in earnings at its telecoms and machine-to-machine divisions. Arqiva added that it was also boosted coupled with the effects of it transformation programme and what it called its ‘increasingly efficient’ cost base.

“These financial results demonstrate both the ongoing strength of our core business and the ability of our people to deliver complex projects that make a real impact on the UK’s competitiveness in the digital economy,” commented Arqiva chief executive Simon Beresford-Wylie. “Whether through spectrum clearance, smart-metering, DAB radio or digital television, Arqiva continues to underpin the country’s most popular digital services. Yet we are not merely a participant. The response of our customers to these efforts has been extremely positive during the year and gives me great confidence in the strategy we are pursuing.”