iQIYI inks licensing deal with Eros Now | Deals | News | Rapid TV News
By continuing to use this site you consent to the use of cookies on your device as described in our privacy policy unless you have disabled them. You can change your cookie settings at any time but parts of our site will not function correctly without them. [Close]

Keeping up the momentum that both firms have generated over the last few months, China's largest online video service iQIYI is partnering with the Eros Now South Asian over-the-top (OTT) entertainment platform in a content licensing deal. 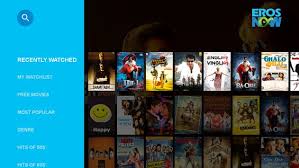 The deal sees Eros Now working with the Baidu-owned streaming giant to license its catalogue of Bollywood blockbusters that will be showcased on iQIYI. With this move, Eros Now becomes the first South Asian OTT player to make inroads into the Chinese digital space.

Commenting on the development, Eros Digital CEO Rishika Lulla Singh said, “The association with iQIYI represents a vital step forward for us as we continue to explore opportunities to expand our content offering globally. While China has emerged as an important market and a major box office earner for Indian films in recent years, it’s a very significant milestone for us to further expand Eros’ dominant content distribution network through Eros Now’s alliance with iQIYI.”