Skydance to give Miraculous live-action series wings | Deals | News | Rapid TV News
By continuing to use this site you consent to the use of cookies on your device as described in our privacy policy unless you have disabled them. You can change your cookie settings at any time but parts of our site will not function correctly without them. [Close]

Skydance Media in partnership with ZAG has secured the live-action feature film and television rights to the global animated phenomenon Miraculous - Tales of Ladybug & Cat Noir. 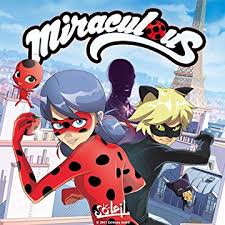 Miraculous, winner of the 2018 Teen Choice Award for Choice Animated Series, airs in over 120 countries worldwide. Miraculous has a passionate and active teen fan base, the ‘Miraculers,’ with over a million global subscribers to YouTube and 17 billion watch-time minutes in its lifetime with both official and user-generated content. The fans drive high interactivity on Instagram with over 300,000 followers regularly engaging, Skydance noted.

Under the deal, Skydance plans to develop and produce live-action adaptations based on the hit property, with an anticipated release in 2020. The critically acclaimed, award-winning animated television series developed and produced by Jeremy Zag follows two heroes—Ladybug and Cat Noir—as they protect the city of Paris from super villains.

“Jeremy and everyone at ZAG have done a tremendous job in creating and building Miraculous into the massive pop culture sensation it is today,” said Jesse Sisgold, president and COO Skydance Media. “We look forward to partnering with them to expand this incredible universe into the world of live-action.”

Jeremy Zag, founder and CEO at ZAG, added: "I am thrilled to partner with Skydance to create live-action adaptations of Miraculous. It’s been my long-time dream to bring this world to life. The Skydance team really understands and embraces the vision we have for this very special super hero love story. They have an incredible track record of producing exciting action with compelling characters and are the perfect team to express the magic and adventure of Ladybug and Cat Noir.”