Mobile video to spike with 5G | Mobile | News | Rapid TV News
By continuing to use this site you consent to the use of cookies on your device as described in our privacy policy unless you have disabled them. You can change your cookie settings at any time but parts of our site will not function correctly without them. [Close]

Mobile video to spike with 5G

The move to active mobile video offerings will grow as entertainment bundling with mobile services becomes a must, according to the 2018 Economics of Mobile Programming Report by Kagan. 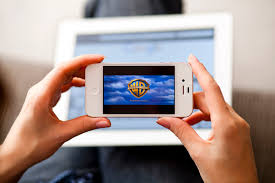 The analyst says that North American and Asian markets lead the charge in a shift to active mobile video markets. In both the Asia-Pacific and North/South American regions, 86% of operators offer mobile video services, followed by 71% in the Mideast and Africa region.

On the 5G front, Verizon and T-Mobile in the US are both poised to launch new mobile video services that may mirror AT&T’s initial digital video offerings, DIRECTV NOW and WatchTV.

Of the 159 global mobile operators reviewed in the report, 64% offer a mobile video-service directly or via partnerships. Europe has the fewest mobile video services available at a mere 28%, due in part to concerns over net-neutrality rules. Mobile video services in Europe are most prevalent in markets where competition among operators is highest, the report found; there, carriers looking to attract new customers offer access to mobile video or OTT services at discounted rates for a period of time. These types of value-added services are uncommon in countries where competition in the mobile industry is less intense.

“As 5G moves forward, over the next decade consumers will increasingly make a choice between wires versus wireless for home broadband,” said John Fletcher, principle research analyst with Kagan parent S&P Global Market Intelligence. “And mobile network operators are already bundling video services alongside mobile phone services to not only retain existing customers but to position themselves as a future one-stop shop for home broadband and video services.”