SES-14 goes operational | Satellite | News | Rapid TV News
By continuing to use this site you consent to the use of cookies on your device as described in our privacy policy unless you have disabled them. You can change your cookie settings at any time but parts of our site will not function correctly without them. [Close]

In what could bring a welcome boost to the company’s currently underperforming video business, satellite operator SES has confirmed the operational switch-on of its SES-14 craft at 47.5 degrees West. 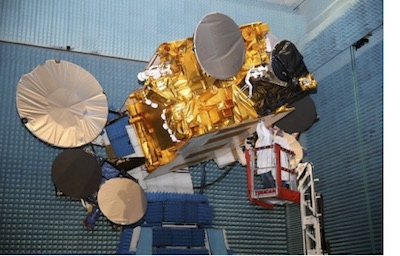 Launched in January 2018, the all-electric satellite, built by Airbus Defence and Space and launched on an Ariane rocket, has both C- and Ku-band wide-beam coverage and Ku-band high throughput spot beam coverage, is SES's second hybrid satellite to serve the Americas. Its C-band and Ku-band wide beams and high throughput capabilities are designed to serve various market, expanding the reach of SES’s second cable neighbourhood in Latin America as well as providing new capacity for direct-to-home services.

SES-14 at 47.5 degrees West is replacing and augmenting services currently provided on NSS-806. The licence to operate at this Brazilian orbital location was the result of SES’s successful participation in a spectrum auction in 2014.

“Enterprises and communities within the region will also be able to access the reliable connectivity provided by SES-14. SES-14 is key to SES's future growth trajectory and is part of our ongoing strategy to develop innovative capabilities for specific and growing markets.”
Tweet