IFA 2018: Sony dials up European pre-orders for OLED TVs | 4K/UltraHD | News | Rapid TV News
By continuing to use this site you consent to the use of cookies on your device as described in our privacy policy unless you have disabled them. You can change your cookie settings at any time but parts of our site will not function correctly without them. [Close] 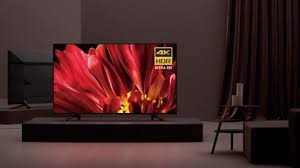 Both TVs, whose in-store availability is expected late September, use multiple proprietary technologies, including the Picture Processor X1 Ultimate capability, which can intelligently detect and analyse each object in the picture through Sony’s new object-based Super Resolution engine, to boost accuracy and detail. Also, the object-based HDR remaster has been updated and now allows each object to be remastered individually for better depth, accurate texture and more realistic picture.

“The Master Series is a name Sony reserves exclusively for its highest picture quality TV models,” the company said. “Sony’s goal is to create a television capable of displaying imagescapable of displaying images that faithfully convey the content creators’ full intent and as such the Master Series provides picture quality approaching that of a professional-grade monitor in a motion picture production studio.”

Netflix Calibrated Mode meanwhile was specially developed to mirror the same picture quality as a studio evaluation master for television, in order to preserve the artists’ creative vision and intent. It’s available in the menu settings of the new TVs.

The Master Series also sports CalMAN, a display calibration software from Portrait Displays. CalMAN is widely used by professionals as a tool to ensure quality control of the strict requirements demanded by content creators in broadcast, production and post-production.

And finally, both the AF9 and ZF9 series are based on Android TV, and incorporate a Google Voice Search function, Chromecast and the Google Play app store.
Tweet