Nigeria becomes Africa’s main pay-TV market | Pay-TV | News | Rapid TV News
By continuing to use this site you consent to the use of cookies on your device as described in our privacy policy unless you have disabled them. You can change your cookie settings at any time but parts of our site will not function correctly without them. [Close]

Nigeria has become the largest pay-TV market in Africa in terms of subscribers, according to the latest country profile report from Kagan, S&P Global Market Intelligence. 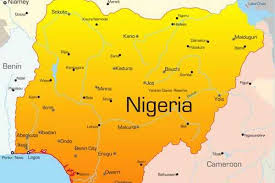 The country also continues to have a strong growth potential, the firm found. While 22% of all African TV households are in Nigeria, low TV household penetration and rapidly growing middle class segment that has disposable income for entertainment services bode well.

“Although ARPUs are much lower than in South Africa, leading to lower revenues, Nigeria may increasingly be an investment focus for operators due its size,” said Julija Jurkevic, senior research analyst at S&P Global Market Intelligence.

The report found that strong growth of affordable pay-DTT services allowed Nigeria to overtake South Africa as the continent’s largest pay TV market back in 2015, and by the end of 2017, Nigeria accounted for 29% of Africa’s multichannel subscribers. The market had over 27 million TV households and almost 7 million pay TV subscribers by the end of last year, equating to a 9% year-over-year increase.

Household penetration in Nigeria was found to have reached reached nearly 26% in 2017 (compared to over 50% in South Africa), while multichannel revenues equalled $835 million, translating into a monthly ARPU of $10.45. But Nigeria’s multichannel market is projected to add 8.7 million subscribers, reaching close to 16 million, by 2027, equating to an 8.4% CAGR. TV household penetration meanwhile is projected to reach 39% in ten years, while multichannel revenues are modelled to breach $2 billion by 2027 remaining behind South Africa.

Pay DTT meanwhile has the lowest ARPU among all multichannel platforms, estimated at $6.39 in 2017. At the end of last year, Kagan estimates that 60% of Nigeria’s TV homes subscribed to pay DTT services, while DTH had a 34.8% share, with the remainder attributable to fixed wireless services. Growing at an 8.6% CAGR through 2027, pay DTT is projected to remain the leading multichannel platform with a 61% market share in 2027.

Also, Kagan found that DTH is the most lucrative multichannel platform accounting for nearly 60% of the market’s total multichannel revenues in 2017.
Tweet