BrewDog raises glass to new OTT service | OTT | News | Rapid TV News
By continuing to use this site you consent to the use of cookies on your device as described in our privacy policy unless you have disabled them. You can change your cookie settings at any time but parts of our site will not function correctly without them. [Close] 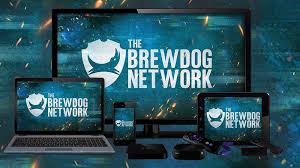 The BrewDog Network will launch on Android, iOS and online for $4.99 per month, with content selected by co-founders James Watt and Martin Dickie.

“After our previous TV show, Brew Dogs, got cancelled, we didn’t want to sit around in our underpants, crying into a tub of ice cream,” they said in a statement. “So, we decided the only thing to do would be to build our own TV network. This is a genuine move to take the video-on-demand revolution to a new level. Driven by true passion and enthusiasm, we are doing exactly what we did with craft beer; raising standards and eyebrows in equal measure.”

The content will offer over 14 original series at launch. Highlights include The BrewDog Show, a reinvention of the TV series where Watt and Dickie traverse the globe to toast those who share their collective love of the craft.

Other featured originals on the BrewDog Network are: Are You Smarter Than a Drunk Person trivia game; Four Sheets, featuring comedian Zane Lamprey; and Business Punks, a docu-series featuring Watt doing one-on-one interviews with other business owners.

Watt continued: “Just as Netflix has pioneered mainstream streaming services, the BrewDog Network will be the first globally-recognised, passion-focused platform. We believe craft beer can be the inspiration for the most popular content on the internet – maybe even more popular than videos of cats falling off walls or celebrity sex tapes.”
Tweet