Canada’s CBC names digital chief | Major Businesses | Business | News | Rapid TV News
By continuing to use this site you consent to the use of cookies on your device as described in our privacy policy unless you have disabled them. You can change your cookie settings at any time but parts of our site will not function correctly without them. [Close] 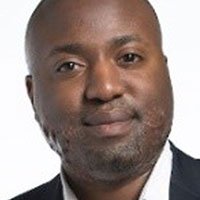 Gave Lindo will be tasked with expanding the CBC’s streaming service, including its CBC TV streaming app and online. He will also oversee the broadcaster’s slate of original digital content for all platforms.

Most recently, Lindo served as executive director of the Reelworld Film Festival and Foundation, where he worked across the festival’s programmes, partnerships and initiatives. Lindo will report to Sally Catto, general manager of programming at CBC.

Previously, Lindo was part of CBC’s business and rights team from 2009 to 2015 and was named deputy director in 2013. He also chaired the CBC/Radio-Canada Inclusion and Diversity Advisory Committee between 2011 and 2015.

Lindo replaces Jenna Bourdeau, who has moved to the position of senior director of acquisitions for all CBC linear and streaming platforms. She will collaborate with Lindo on OTT strategies in her new role.