Ovation plots content extravaganza for last days of Versailles | Programming | News | Rapid TV News
By continuing to use this site you consent to the use of cookies on your device as described in our privacy policy unless you have disabled them. You can change your cookie settings at any time but parts of our site will not function correctly without them. [Close]

In anticipation of the 6 October premiere of the third and final season of the historical drama series Versailles in the US, Ovation is planning a series of ancillary content. 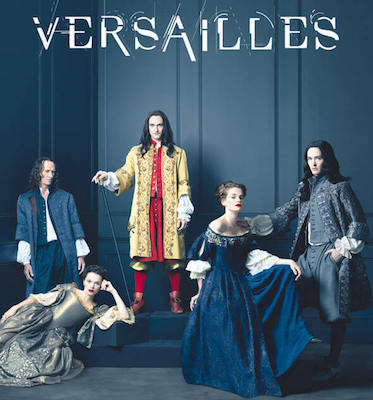 This will include behind-the-scenes specials featuring interviews with the cast and crew, catch-up shows to get new fans up to speed on all the goings on in the court of King Louis XIV, and a travel special that takes viewers on a tour of city of Versailles today, including its famous Chateau. In addition, Ovation has acquired several documentaries on the history of Versailles, as well as some of its famous (and infamous) residents throughout the centuries.

The Versailles celebration will continue off air as well. Ovation will be airing an exclusive Facebook Live talk show called Inside Versailles on its official Facebook page every Saturday night immediately following each new season three episode. Host Chelsea Cannell will chat with cast members Tygh Runyan and Evan Williams about all the twists and turns in the storyline, dastardly deeds, diabolical plots, and sex and romance.