Teletica nets social-media success for World Cup engagement in Costa Rica | Infrastructure | News | Rapid TV News
By continuing to use this site you consent to the use of cookies on your device as described in our privacy policy unless you have disabled them. You can change your cookie settings at any time but parts of our site will not function correctly without them. [Close]

Costa Rican broadcaster Teletica partnered with cloud-video specialists Grabyo ahead of the 2018 FIFA World Cup in Russia to take advantage of its exclusive TV broadcasting rights on social media. 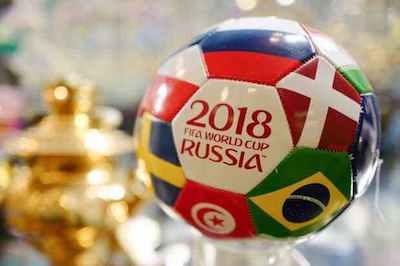 In what was said to be a first, Teletica published real-time, geo-restricted video clips from the tournament directly to Costa Rican users on Facebook and Twitter, achieving almost 18 million video views in a country with a total population of just under five million people.

Throughout the tournament, Teletica used the Grabyo platform to clip in-game highlights from its broadcast feed, creating horizontal and square videos optimised for mobile viewing, before publishing directly to Facebook and Twitter. The clips were distributed in in seconds, generating 77 million impressions, the company said.

“We are proud to have been a part of such an innovative and customer-focused approach to broadcasting taken by Teletica for the 2018 World Cup,” said Mike Kelley, president of Americas at Grabyo. “At Grabyo we see demand for social video hitting new heights every day across Latin America, especially real-time clips for sports. The number of views Teletica achieved speaks for itself - making the World Cup available for Costa Rican fans on every platform is fantastic.”

Karla Stephanie Jimenez Mena, coordinator of Social Networks and Interactive Projects at Teletica, added: “Bringing the joy of the World Cup to people all over Costa Rica is something we are extremely proud of. The World Cup connects people from all over the world and we wanted to reflect this in our content. We saw people discussing the match clips on social media and, sharing the experience, which helped drive viewing for our broadcast TV coverage.”