Arqiva,Talking Pictures renew partnership until 2022 | DTT | News | Rapid TV News
By continuing to use this site you consent to the use of cookies on your device as described in our privacy policy unless you have disabled them. You can change your cookie settings at any time but parts of our site will not function correctly without them. [Close] 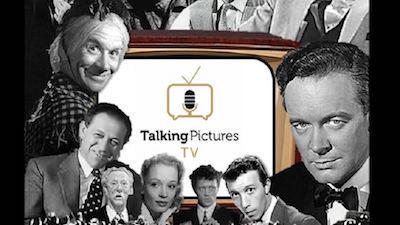 The renewal deal, which lasts until 2022, is said to mark the latest milestone in a long-standing relationship between the two companies. In November 2017, Talking Pictures TV expanded its audience reach to 19 million UK homes by moving to one of Arqiva’s standard definition (SD) multiplexes, as it looked to capitalise on the growing demand for its vintage content. The family-run channel will also mark its third anniversary on the Freeview platform in September, after first launching via Arqiva’s T2 high-definition (HD) multiplex in September 2015.

“The extended contract with Talking Pictures TV is further proof – as if it was needed – of the continuing strength and popularity of the DTT platform in the UK,” said Arqiva DTT Director Mike Finchen. “Relied upon for its high-quality, robust viewing experiences, Freeview also gives channels, such as Talking Pictures TV, the chance to engage and expand their footprint with a broader set of viewers yet to discover their services.”

Added Talking Pictures TV director Sarah Cronin-Stanley: “Talking Pictures TV is the only broadcaster to offer TV viewers the opportunity to watch nostalgic films and entertainment of this genre for free, on Freeview. Since Arqiva helped us launch on the platform three years ago, its professional and reliable services have been critical as we expanded our range of content and rapidly scaled our audience. We really had no hesitation in extending our partnership with them and look forward to continuing to entertain audiences on the Freeview platform for many years to come.”
Tweet