US telcos, cablecos cost consumers nearly $2BN due to ineffective DVR power savings | Infrastructure | News | Rapid TV News
By continuing to use this site you consent to the use of cookies on your device as described in our privacy policy unless you have disabled them. You can change your cookie settings at any time but parts of our site will not function correctly without them. [Close]

An analysis of digital video recorders from cable and telco providers by green homes provider Sense has found that the devices are consuming nearly as much energy while idle as when their TV is on, and that their energy saving modes are not effective. 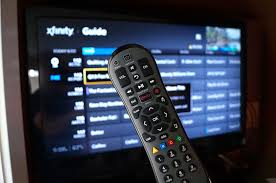 For example, the analysis calculates that Comcast’s Xfinity X1 DVR uses 26 watts when active and 24.5 watts in energy-saving mode and that the energy consumed by cable DVRs across the US adds up to approximately 21 TWh in 2016, translating into 21 million metric tons of CO2 emissions annually. The analyst emphasises that devices from other major operators such as Verizon, DirecTV and Time Warner made only similar ‘miniscule’ savings.

With more than 84 million US households using set top boxes from communications providers, Sense concludes that consumers are spending an extra $1.84 billion on their annual utility bills collectively due to the inefficient DVR design.

Sense states that implementing true power saving mode with some small changes in cable DVRs could save the pay-TV industry more than 14 TWh annually and cut USs residential energy consumption by 1%, equivalent to eliminating almost 5 coal-fired power plants running around the clock. And, if the cable industry adopted energy saving techniques developed for mobile phones, at least a 10X savings would be possible and could save US consumers almost $3B annually. It added that it would cost less than $2 to implement a power saving mode that could cut energy consumption for each DVR by two-thirds.

“Consumers have little control over their choice of cable DVR, and most people assume that turning off the TV will lower their energy costs,” said Sense CEO Mike Phillips. “Meanwhile, cable DVRs are always on, using far more energy than necessary. To add insult to injury, cable providers have been crowing about their energy efficiencies, which lag the rest of the high tech industry by a huge margin. The cable industry needs to step up and implement mobile-tested hardware to significantly lower the energy costs of their DVRs.”