Star India prepares African channel launch | Broadcast | News | Rapid TV News
By continuing to use this site you consent to the use of cookies on your device as described in our privacy policy unless you have disabled them. You can change your cookie settings at any time but parts of our site will not function correctly without them. [Close] 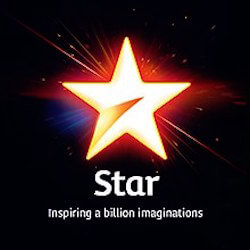 The channel will air family dramas, celebrity dance shows and Bollywood movies on the DStv, GOtv, and Openview TV platforms.

“At Star, we believe in creating stories for the world, stimulating imagination and showcasing the limitless power of ordinary people. We have seen the need for quality Indian crossover entertainment and with Star Life, we are proud to bring to Africa, engaging programming, in English, which will leave our viewers inspired, rejuvenated, moved and delighted,” said Gaurav Jandwani, SVP & business head UK/Europe & South Africa, Star Network.

“We are delighted to partner with DStv and Openview, the best platforms in the region, making Star Life the most widely available channel in its genre in southern Africa.”