Star India rallies support for Kerala flood victims | Major Businesses | Business | News | Rapid TV News
By continuing to use this site you consent to the use of cookies on your device as described in our privacy policy unless you have disabled them. You can change your cookie settings at any time but parts of our site will not function correctly without them. [Close]

Star India has pledged INR 20 million (about US$286,520) in aid as India’s media groups rally to help those affected by the devastating floods in Kerala. 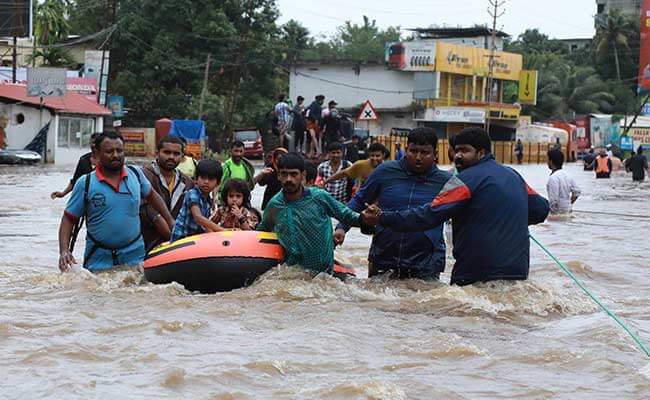 The 21st Century Fox-owned network is also encouraging public support with an #AllForKerala campaign over 50 channels in eight languages, along with digital platform Hotstar. Featuring artists such as Mohanlala, Kamal Haasan, Nani and a host of celebrities from Star shows urging viewers to help Kerala.

More than 350 have died and thousands remain marooned following severe monsoon rains. More than 300,000 people are being housed in relief camps across the ravaged Indian State.

Asianet employees have pledged INR2.5 million and all Star India employees are being encouraged to donate at least one day’s salary. Star India will then match the total contribution of its employees.

The donations will be directed to the Chief Minister’s Disaster Relief Fund to expedite post-emergency recovery and rehabilitation work in the flood affected areas of the Indian state.

The broadcaster is also partnering with NGO Goonj to aid with the supply of material contributions to the flood victims.

“The rains have wreaked havoc in Kerala, which is facing its worst floods in a century. We believe we must do everything in our power to help. In an endeavour to support the on-going relief and rehabilitation efforts in Kerala, we are mobilising funds and creating public awareness through the reach of our network. We hope these efforts act as a catalyst of proactive action in this hour of need,” said Uday Shankar, president of 21st Century Fox Asia, and chairman & CEO of Star India.

K Madhavan, managing director, Star South India business, added: “The floods in Kerala are a tragedy of truly epic proportions. At this time we must do everything possible to help the State administration in undertaking the difficult task of flood relief and rehabilitating lives.”