Star Sports prepares multi-lingual Asia Cup coverage | Programming | News | Rapid TV News
By continuing to use this site you consent to the use of cookies on your device as described in our privacy policy unless you have disabled them. You can change your cookie settings at any time but parts of our site will not function correctly without them. [Close] 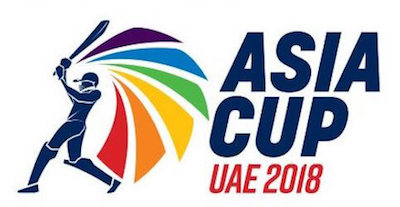 Commentary may also be provided in Kannada and Bangla on Star Sports’ regional language channels, if India’s Ministry of Information and Broadcasting agrees to the network’s request.

The six nations cricket tournament – which will feature India, Pakistan, Bangladesh, Sri Lanka, Afghanistan and the winner of the Asia Cup 2018 qualifier – runs from 15-28 September in the UAE.

“Asia Cup kicks off the cricket calendar for us. We have learnt many things in the past six months, particularly regional languages, which proved really successful in the recently concluded IPL and we are planning to do more throughout this year as the tournaments evolve,” Star Sports CEO Gautam Thakar told Indiantelevision.com.

“The Asia Cup is a competitive, thrilling and action-packed celebration of historic cricket rivalries between neighbours. It is where nations from the Asian continent take on each other in one of the most exciting cricket tournaments in the world,” said Gautam Thakar, launching Star Sports’ new advertising campaign for the event.