LATAM streaming market set to double in next five years | Media Analysis | Business
By continuing to use this site you consent to the use of cookies on your device as described in our privacy policy unless you have disabled them. You can change your cookie settings at any time but parts of our site will not function correctly without them. [Close]

LATAM streaming market set to double in next five years

There will be 48.24 million SVOD subscribers in Latin America by 2023; more than double the 21.14 million recorded at end of 2017, a Digital TV Research survey has revealed. 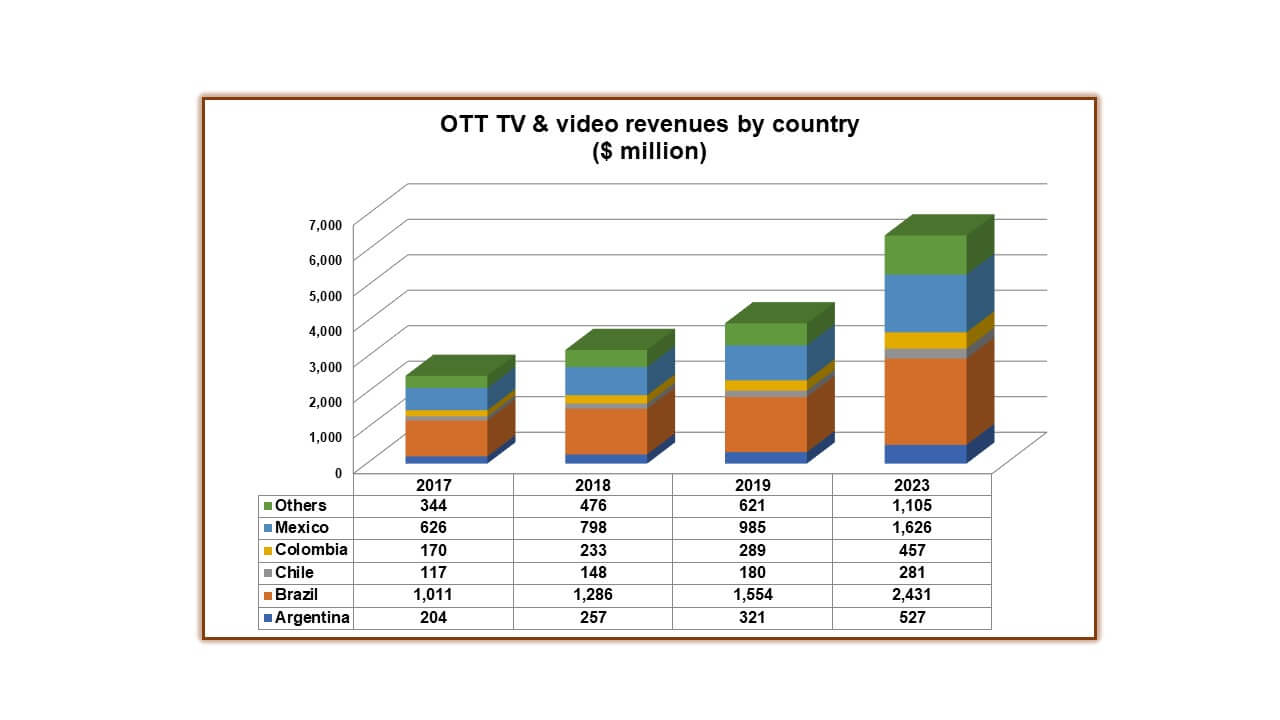 According to the analyst, 28.4% of the region’s TV households will pay for an SVOD package by 2023, up from 13.2% last year. That translates into OTT revenue across 19 Latin American countries ticking upwards to hit $6.43 billion by the end of the forecast period; up from the $2.47 billion recorded in 2017.

Of that, the top five countries (Argentina, Brazil, Colombia, Mexico and Puerto Rico) will account for 83% of the regional total, or $5.32 billion in revenue.

SVOD will remain the region’s largest OTT revenue source; contributing $4.42 billion by 2023. Benefiting from the availability of Amazon Prime, Mexico will become the SVOD subscriber leader in 2019 despite having just 60% of the population of Brazil. Mexico overall will account for 36% of the region’s SVOD subscriptions by 2023, with Brazil bringing in a further 27%.

“Puerto Rico (53.5%) and Mexico (51.8%) will have the highest penetration by 2023,” said Simon Murray, principal analyst at Digital TV Research . “These two countries are the only ones in the region where Amazon Prime operates.”

On the services front, Amazon Prime Video, Blim, Claro Video, Crackle, HBO, Movistar Play and Netflix will together account for 91% of the region’s paying SVOD subscribers by the end of the forecast, the firm said. Netflix will remain the largest pan-regional SVOD platform by some distance, with an expected 23.99 million paying subscribers in 2023 – or half the region’s total (down from a two-thirds share in 2017).