Disney appoints creative lead for upcoming D2C service | OTT | News | Rapid TV News
By continuing to use this site you consent to the use of cookies on your device as described in our privacy policy unless you have disabled them. You can change your cookie settings at any time but parts of our site will not function correctly without them. [Close] 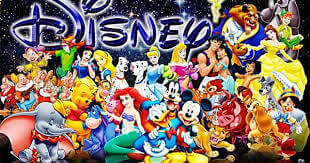 He has been president of marketing for Walt Disney Studios for the last six years, where he worked on campaigns for Black Panther, Star Wars: The Force Awakens, Beauty and the Beast and Inside Out. Prior to Disney, he held senior marketing positions at Columbia Pictures. He also held production responsibility at the film studio.

The Disney streaming service, which will launch in late 2019 and has yet to be named, will be the exclusive home for subscription video-on-demand (SVOD) viewing of the newest live-action and animated movies in the pay-TV window from Disney, Pixar, Marvel and Lucasfilm. It will also feature an array of original and exclusive series and film programming, along with thousands of titles from the Disney film and television libraries.

These include a live-action Star Wars series from Jon Favreau, and an original film called Timmy Failure, based on the best-selling books about a boy detective, which will be directed by Spotlight director Tom McCarthy.

Kevin Mayer, who has served as Disney’s chief strategy officer since 2015, was previously named chairman of the over-the-top (OTT) business segment.
Tweet