Cartoon Network awards aim to empower young girls in Africa | Programming | News | Rapid TV News
By continuing to use this site you consent to the use of cookies on your device as described in our privacy policy unless you have disabled them. You can change your cookie settings at any time but parts of our site will not function correctly without them. [Close] 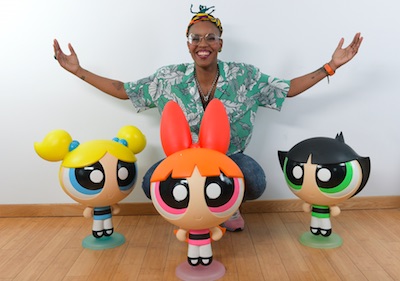 Aimed at girls aged 9 to 14, the awards will recognise those with 'superhero skills' who have great ideas to change their world. Split into three categories, each representing a Powerpuff Girls character, entrants will be able to submit projects in the Science and Tech Inventor, Social Helper and Artistic Creator categories. Cartoon Network and Save the Children will be raising awareness about the PPG Awards by visiting schools across South Africa and Kenya.

Each category has been built on the inner power and special ability of each of the three Powerpuff Girls. The Buttercup Award targets girls who celebrate excellence in science and technology by developing an invention that has raised the bar. The Bubbles Award will go to a girl who is always using her imagination to create artistic pieces, in any form, that represents girls' empowerment. Finally, the Blossom Award will be given to the entrant that is smart, positive and has a strong moral compass, someone who makes a remarkable difference for the greater good, teaches awe-inspiring lessons and wishes to take their idea further.

Entries for the awards will be open from 15 August to 15 October 2018. Specific guidelines for each category, and the terms and conditions for entry, can be found at www.dstv.com/ppgawards from 15 August. Winners will be announced at the end of October and will receive their award at a ceremony held in Johannesburg in November. Each winner, from each of the three categories, will receive $1,500 to help bring their entry to life with the help of a dedicated mentor, including singer-songwriter Toya Delazy as the Artistic Creator mentor.

Gugu Ndebele, CEO of Save the Children South Africa, said: “Save the Children is a child rights organisation which aims to inspire breakthroughs in the way the world treats its children. As the African arm of this organisation, we are proud and honoured to partner with Cartoon Network on this event. We cannot think of a better way to inspire change than to partner with an organisation that celebrates young girls and their achievements. We look forward to engaging with the young girls who rock for Africa.”