Viacom could snag AwesomenessTV for $300M or less | Major Businesses | Business | News | Rapid TV News
By continuing to use this site you consent to the use of cookies on your device as described in our privacy policy unless you have disabled them. You can change your cookie settings at any time but parts of our site will not function correctly without them. [Close]

Viacom could snag AwesomenessTV for $300M or less

Only two years after the key teen-focussed digital channel was valued at nearly twice as much, Viacom’s reportedly accepted bid for AwesomenessTV could come in at under $300 million, according to reports. 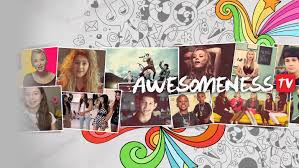 While the exact price tag of the deal has not been made public, sources have told trade publications to expect a bargain price; and, once the transaction is finalised, AwesomenessTV CEO Jordan Levin will step down from his position.

Comcast recently took over 51% of AwesomenessTV by acquiring DreamWorks Animation, while Verizon and Hearst own the rest. Viacom will likely be able to take it over for a fraction of the youth-focused digital property’s 2016 valuation of $650 million, according to Deadline Hollywood.

That’s because Verizon has shifted focus away from content toward wireless and 5G, and the chief who bought into AwesomenessTV, Lowell McAdam, is set for retirement.

For its part, Viacom sees a fit with existing brands like Nickelodeon and MTV. It has a history with the channel: late last year, it appointed Kelly Day as president of Viacom Digital Studios, a new division that focusses on the creation of digital content across the company’s portfolio of networks and brands, mainly aimed at Millennials and younger viewers.