Tomy sees product potential with VIMN KIDS in UK | Deals | News | Rapid TV News
By continuing to use this site you consent to the use of cookies on your device as described in our privacy policy unless you have disabled them. You can change your cookie settings at any time but parts of our site will not function correctly without them. [Close]

Toy designer, producer and marketer Tomy is tosponsor the UK’s leading commercial kids’ network VIMN KIDS across its pre-school channels Milkshake! and Nick Jr. during the August and back to school period. 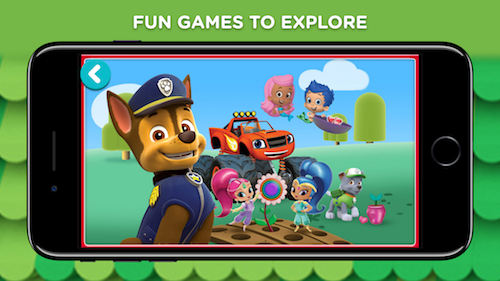 The deal will see Tomy take over the Channel 5 Milkshake! sponsorship slot on the pre-school block from 28 July–31 August with the campaign also running on pre-school pay-TV channel Nick Jr. in the afternoon slot. It will use the sponsorship package to showcase its Toomies and Aquadoodle collections. Toomies are said to offer “fun, high quality”toys that feature quirky characters and hidden surprises whilst Aquadoodle is designed to encourage creativity, drawing ability and learning through play.

Tomy estimates that by partnering with Milkshake! and Nick Jr. its sponsorship campaign will deliver over 1,600 ‘housewives and children’ 0-3 TVRs and reach an estimated 50 per cent of its target audience. It is also confident that its toys will have strong appeal to Milkshake! and Nick Jr’s pre-school and family audiences as they can provide “huge” developmental benefits for children.

The sponsorship deal — brokered by Tomy’s new media agency Generation Media and booked through Sky Media — will also be backed by an AV campaign covering kids’ commercial channels and YouTube with the objective of bolstering sales of Toomie and Aquadoodle collections.

“This is one of our biggest campaigns to date,” commented Nicola Jenkins, head of marketing Tomy UK: Our sponsorship will drive awareness to our pre-school brands amongst our key target audience while amplifying our brand values and utilising the playful style of Milkshake’s brand idents to bring our brands to life. This is the first time we have invested at a brand level in sponsorship at Tomy and we cannot wait to see the results.”

Added Mark Swift, SVP UK commercial and international ad sales at VIMN: “ The sponsorship of VIMN Kids pre-school channels is an excellent way for brands to reach different pre-school audiences in the commercial PSB and pay-TV sectors on channels which show the very best content for British kids.”