YouTube users watch over 180MN hours of video on TV screens per day | Online Video | News | Rapid TV News
By continuing to use this site you consent to the use of cookies on your device as described in our privacy policy unless you have disabled them. You can change your cookie settings at any time but parts of our site will not function correctly without them. [Close]

Recent headlines may have been captured by Netflix and its share price, but in a mid-year update, YouTube CEO Susan Wojcicki has revealed the extent to which the online video platform is developing at great pace in the living room. 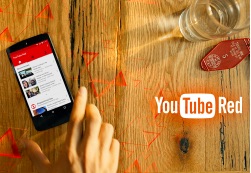 Stetting out five priorities for the remainder of the year, Wojcicki note that while mobile was still one of the most popular ways that YouTube fans enjoy content, more and more people were using their living room screens to watch their favourite creators. Indeed, the company calculates that of the 1.9 billion YouTube users, on average they now watch over 180 million hours of YouTube on TV screens every day.

The news comes as YouTube ramps up its push into the premium TV space for which the large screen will be a key element. In May 2018 the Google subsidiary renamed its Red ad-free subscription VOD service YouTube Premium, and raised its price to $12 per month. The subscription service gives access to YouTube original films and series, a premium music service — YouTube Music, which offers ad-free streaming, background listening and the ability to download clips for offline consumption — and an ads-free experience across YouTube.  YouTube Premium is currently available in the US, Australia, New Zealand, Mexico and South Korea, coming to the UK.

In addition to developing new strategies for transparency and marketing, YouTube says that it will continue to invest in new content in the form of further support for YouTube Originals. This it sees is another way to help creators earn more revenue. It revealed that over two-thirds of its Originals star YouTubers both in front of and behind the camera, and says that since it launched Originals three years ago, some creators have seen as much as a 20% increase in channel viewership after their Original launched.

In a bid to support what it calls digital wellbeing, YouTube has launched a timer feature designed to limit the time people spend in the app which sends a message to people to take a break from watching. This was first trialled on the YouTube Kids app.
Tweet