Amazon Fire HDTVs set to shake up the TV vendor landscape | Media Investment | Business
By continuing to use this site you consent to the use of cookies on your device as described in our privacy policy unless you have disabled them. You can change your cookie settings at any time but parts of our site will not function correctly without them. [Close]

Amazon Fire OS powered TVs were made available in the US last year, and reports suggest that the online retailer is looking to push these sets outside of the US, starting with the UK. 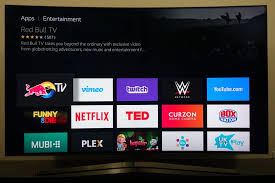 Such a development could shake up the TV landscape significantly, according to one analyst. “Amazon already has strong roots into the TV screen being the No 1 vendor within the media streamer market worldwide, with over 20% shipment share last year - despite [Fire TV devices] only officially being available in a handful of countries – and has overtaken its main rivals Apple and Google,” said David Tett, analyst with the Consumer Electronics division of Futuresource Consulting. “[Now], Amazon looks set to position itself within the larger and more competitive TV market going head-to-head with the likes of Samsung and LG.”

However, the media streamer market in comparison to smart TV is relatively small, according to Futuresource, with 53 million streamers expected to ship globally this year versus 155 million smart TVs. The recently launched Fire TV Cube is another step for Amazon in the set-top streaming game, but Tett said that the larger prize lies beyond that low-priced market.

2017 saw Westinghouse, Seiki and Element partner with Amazon to release Fire OS sets under each of their respective names. More recently in April of this year, Amazon and Best Buy (once again just US) announced a partnership for a new line of Toshiba branded Fire TV Edition TVs, complete with HDR.

“This brought a new dimension to Amazon’s strategy in this space - an in-store presence,” Tett said. “This added factor of Amazon TVs being available at retail stores (not just online) was significantly important given the overwhelming popularity of large screen sets being bought in bricks-and-mortar stores.”

Now, the potential release of an Amazon-powered TV in international markets can threaten the bigwigs in the TV set space, including Samsung and LG. That’s because it has a content proposition to integrate vertically into the proceedings, according to the analyst.

“Amazon’s ability to build out a fully-fledged content proposition combining free-to-air content with its own Prime Video streaming service (including exclusive original content) and à la carte subscriptions through Amazon Channels makes Amazon a pseudo-pay-TV operator,” said Tett. “This position was further strengthened by its recent acquisition of a Premier League rights package from 2019. Yet, perhaps the most compelling point to raise on how this all unfolds is how Amazon’s control across hardware, platform, services and knowledge of its customers, provides it with the ability to offer potentially the most targeted advertising proposition of its kind. So, who should be more concerned – the TV set vendors or the traditional pay-TV operators?”

Reports are suggesting Amazon will opt for the UK as its next TV deployment market, where it has seen its other hardware offerings rollout successfully. Futuresource noted that the number of Echo devices, Fire Tablets and Fire TV media streamers in use approached 8 million by the end of 2017; it also has over 7 million Prime members, which is a figure destined to increase with the launch of a Prime-embedded TV.

“But, Amazon will need to build more TV manufacturer partnerships to be successful, one brand is unlikely to suffice,” Tett noted. “Or, does it launch its own branded set? Reviewing Amazon’s strategy from a geographical standpoint and retention position, releasing a Fire OS TV internationally would certainly fit in with entire home / lifestyle control, but it may take time for it to reach the same levels it has with its other devices.”

As a corollary, more evidence has emerged that as the leading SVOD services expand across the globe, they are having a positive contribution to original local content production, according to IHS Markit.

Since rolling out worldwide in 2016, Amazon has stepped up original video content production, launching 285 hours of original first-run content in 2017. In all, IHS Markit calculated that international content accounted for two-fifths of Amazon’s total original first run output last year. The firm added that availability of local content is primarily how both platforms adapt their services to various countries, along with local currency pricing, local-language websites, dubbing and subtitling.

He added, “Amazon...is originating programming in order to capture a global audience, releasing their originals on the same day and date in multiple territories. This also means that non-US programming has the potential to find an audience in the world’s largest entertainment market — one where subtitled or dubbed programming has been almost unheard-of outside the art-house cinema circuit.”