World Cup nets a triumph for streaming services | Ratings/Measurement | News | Rapid TV News
By continuing to use this site you consent to the use of cookies on your device as described in our privacy policy unless you have disabled them. You can change your cookie settings at any time but parts of our site will not function correctly without them. [Close]

France wasn’t the only winner of the World Cup this time around; it was also a triumph for streaming services. 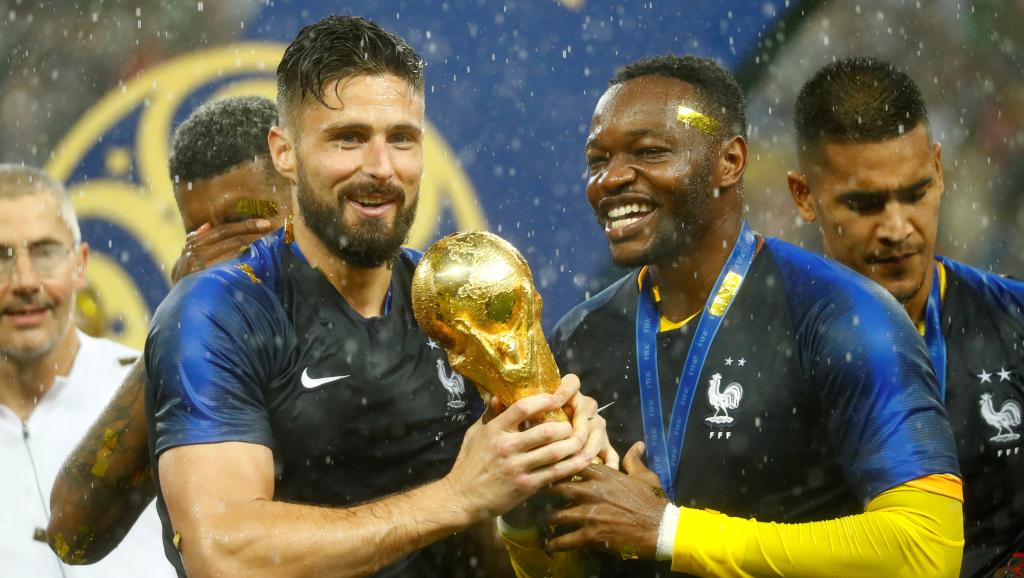 A tournament of ups and downs, big surprises and (for some) disappointments, the football in Russia was the most-streamed sporting event on the Akamai content delivery network. The highest traffic peak was during the semi-final between France and Belgium, where bandwidth reached 22.52 Tbps – well eclipsing the highest peak in Brazil in 2014, which was 6.88 Tbps.

In all, there was 2.7 times as much data streamed in Russia than was streamed in Brazil in 2014, and 2.3 times as much as in Rio for the athletics in 2016. It took just 11 days to surpass the Rio streaming record, and by the end of the group stage Akamai had streamed 65% more data than it did from start to finish in Rio. In fact, 92% of the games played in Russia topped out higher than the peak for the most-streamed match in Brazil.

From start to finish, 29.3 billion minutes of football action were streamed from Russia, a 63% uplift on Brazil. The final match between France and Croatia saw 7.9 million concurrent streams, only beaten by 9.7 million viewers as Mexico played Sweden at the same time as South Korea lined up against Germany in the quarterfinals.

Akamai’s data is averaged across 55 broadcasters that used its platform; but we can break out at least two specific services’ triumphs.

First, US sports-first live streaming TV service, fuboTV, claimed to have delivered record-breaking viewership during the month-long 2018 FIFA World Cup event. During the course of Russia 2018, fuboTV brought fans nearly 900 hours of fútbol programming. In addition to every match of the tournament, available in English and Spanish, the company offered shoulder programming on its growing fuboTV Network, including the documentary series History of Soccer (licensed from A+E Networks).

In total, average hourly viewing per subscriber increased 73% compared to the previous month, and nearly six million total hours of content (Russia 2018 and shoulder programming) was watched. Over 60% of total unique viewers watched more than one Russia 2018 game with fuboTV.

fuboTV’s app had 900,000+ downloads during the month (iOS and Android) and was in the top 100 grossing iOS apps in the U.S. Additionally, fuboTV was the No 3 most downloaded in the App Store during the 2 July Brazil/Mexico match, just behind apps from Russia 2018 broadcasters FOX and Telemundo and ahead of all other vMVPDs. Downloads of fuboTV's app grew by 713% during the first week of Russia 2018 (from 38,000 weekly app installs to 309,000 installs), according to Sensor Tower.

Prior to the knockout stage, the most popular international football teams/most viewed were Mexico, Germany and Argentina. The peak time to watch was 3pm ET, one hour into the 2pm ET-scheduled matches.

Meanwhile in the UK, after announcing huge TV and record online audiences for its World Cup football coverage, the BBC claimed a hat-trick with the performance stats for its trial of Ultra HD during the tournament.

The tournament marked the first time that the BBC had shown such a major event live in Ultra HD on the iPlayer, with the trial attempting to giving viewers a chance to watch the action in what the BBC called ‘unprecedented’ quality. The trial saw all 29 of BBC One’s World Cup matches available in Ultra HD and high dynamic range (HDR) on the BBC iPlayer using the hybrid log-gamma (HLG) version of HDR it invented with Japanese broadcaster NHK. It also coincided with Ultra HD coverage of Wimbledon tennis on the iPlayer.

The results have shown that the BBC iPlayer received over 1.6 million iPlayer requests for its live Ultra HD coverage of the World Cup and Wimbledon. The most popular day by far was Saturday 7 July when the combination of the Sweden v England quarter final and day 6 of Wimbledon generated 60,300 peak Ultra HD streams. This day will surely go down in the annals of the BBC as it also saw unprecedented live audiences for the HD/SD steam of the game on the iPlayer.

Three days later, the France v Belgium quarter final and day 8 of Wimbledon drew 48,100 peak streams and Sunday 15 July which saw finals in both the football and tennis drew 44,300 streams.

Commenting on what he felt had been achieved with the trial, Phil Layton, head of broadcast and connected systems at BBC R&D, said: “The trial is an important step forward, showing for the first time that Ultra HD and HDR can be delivered live and free-to-air over the Internet. It’s part of the BBC’s mission to ensure that future audiences can enjoy the benefits of improved picture quality, and this trial follows on from our work ensuring viewers were not left behind by the move to HDTV, albeit with different technologies.

“We wanted to demonstrate live end-to-end Ultra HD, but we have always felt that Ultra HD needed to be more than just extra pixels. So we also wanted to demonstrate a wide colour gamut and the HLG that the BBC and NHK have standardised. This is essential to improving the visual experience irrespective of the viewer’s screen size. Finally, we wanted to do this free-to-air, streamed to BBC iPlayer, at a scale never seen before in the UK.”