fuboTV passes milestones with World Cup viewership | Ratings/Measurement | News | Rapid TV News
By continuing to use this site you consent to the use of cookies on your device as described in our privacy policy unless you have disabled them. You can change your cookie settings at any time but parts of our site will not function correctly without them. [Close] 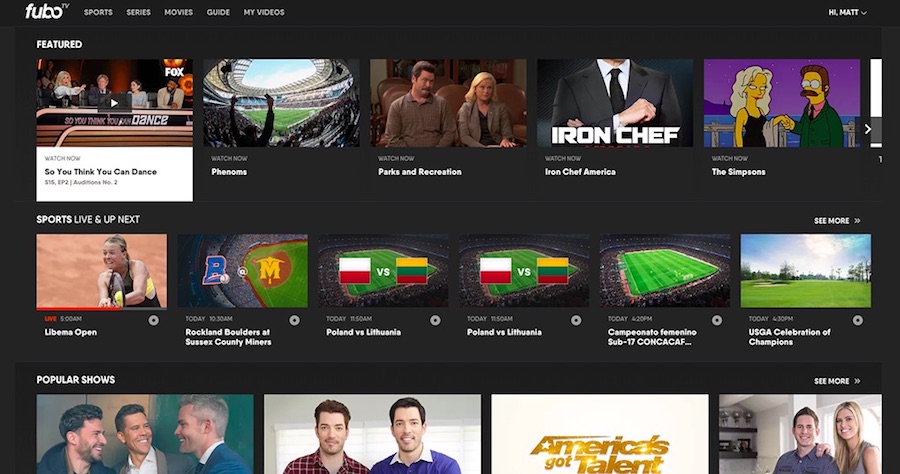 The OTT purveyor began as a soccer-streaming service in 2015, and now offers 30,000 sporting events available per year along with entertainment and news programming. The company plans to focus on the NFL, NBA, NHL and college sports seasons this year, along with the MLB pennant race.

During the course of Russia 2018, fuboTV brought fans nearly 900 hours of fútbol programming. In addition to every match of the tournament, available in English and Spanish, the company offered shoulder programming on its growing fuboTV Network, including the documentary series History of Soccer (licensed from A+E Networks).

In total, average hourly viewing per subscriber increased 73% compared to the previous month, and nearly six million total hours of content (Russia 2018 and shoulder programming) was watched. Over 60% of total unique viewers watched more than one Russia 2018 game with fuboTV.

fuboTV’s app had 900,000+ downloads during the month (iOS and Android) and was in the top 100 grossing iOS apps in the U.S. Additionally, fubo was the No 3 most downloaded in the App Store during the 2 July Brazil/Mexico match, just behind apps from Russia 2018 broadcasters FOX and Telemundo and ahead of all other vMVPDs. Downloads of fuboTV's app grew by 713% during the first week of Russia 2018 (from 38,000 weekly app installs to 309,000 installs), according to Sensor Tower.

Prior to the knockout stage, the most popular international football teams/most viewed were Mexico, Germany and Argentina. The peak time to watch was 3pm ET, one hour into the 2pm ET-scheduled matches.