NOW TV keeps up with Kardashians with hayu Pass | Deals | News | Rapid TV News
By continuing to use this site you consent to the use of cookies on your device as described in our privacy policy unless you have disabled them. You can change your cookie settings at any time but parts of our site will not function correctly without them. [Close]

NOW TV keeps up with Kardashians with hayu Pass

Love them or loathe them, you can’t ignore the Kardashians and Sky’s NOW TV over-the-top service is offering a new bundle with the hayu Pass so fans can keep up with the comings and goings in the new season featuring the reality family. 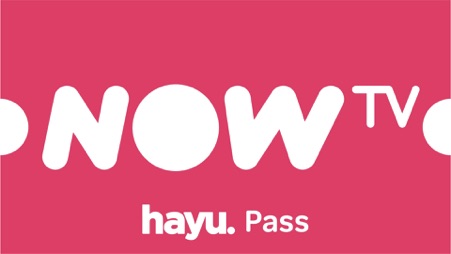 Launching ahead of the 6 August Season 15 premiere of Keeping Up with the Kardashians, the contract-free hayu Pass will ultimately users enjoy over 200 shows and over 6,000 episodes of reality drama from not just the ever-expanding Kardashian clan, but also The Real Housewives franchise and the Botched cosmetic surgery format.

The new hayu Pass joins NOW TV’s existing range of entertainment, movies, sports and kids passes. All five passes can be streamed on the NOW TV Smart Stick and NOW TV Box, as well as a range of other devices with the NOW TV app.

Commenting on the new offer, Gidon Katz, managing director of NOW TV, said: “If you’re serious about keeping up with the Kardashians and can’t wait for your next Real Housewives fix then the hayu Pass on NOW TV has you covered. Stream all the gossip from over 200 reality shows as soon as they air in the US – no dramas!”

“As a world-leading producer of reality content, NBCUniversal is delighted to be partnering with NOW TV for the all-reality service, hayu,” added Hendrik McDermott, SVP, branded on-demand, NBCUniversal International.