Premium video in Europe continues to evolve on the big screen | Ad Tech | News | Rapid TV News
By continuing to use this site you consent to the use of cookies on your device as described in our privacy policy unless you have disabled them. You can change your cookie settings at any time but parts of our site will not function correctly without them. [Close]

Premium video in Europe continues to evolve on the big screen

The latest Video Monetisation Report from adverting platform provider FreeWheel has pinpointed the continued evolution of premium video advertising in Europe, driven by the growing popularity of live sports content and streaming services. 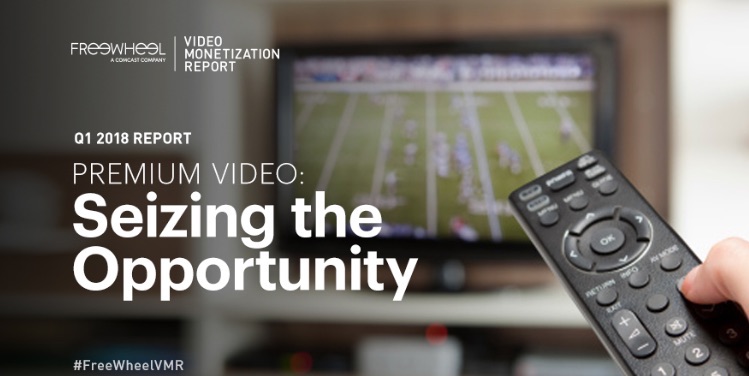 There were four other key trends across Europe during the first quarter of this year identified in the VMR. Ad views in the region increased 37% in the first three months of the year compared with the same period in 2017, more than in the US (34%), while the number of video views rose 10%.

Fuelled by major sporting events such as the Winter Olympics, live ad views in Europe saw growth of 67% year-on-year, compared with 77% in the US. Premium publishers in Europe sought to deliver on their promise of the first truly digital Games, with Discovery and Eurosport which went big on their offerings achieving 4.5 billion video views, 1.7 billion hours of video, and 386 million viewers.

Yet contrary to current received wisdom of the big screen’s secular decline due to stiff competition from other platforms, the data also showed that the main TV experience remained a priority for viewers in both Europe and the USA. Combined, OTT and STB VOD garnered the highest share of ad views, at 39%. While mobile ad views rose 19% year-on-year, and desktop also continues to be a key player with a growth rate of 16%, these figures reflect slower growth; and views of premium video on tablet have decreased 2% year-on-year.

Viewers were found to be watching over more formats and devices than ever and across the board, ad completion rates remain high. For full episodes, pre- and mid-roll ad completion stood at 97% and 96% respectively, indicating said FreeWheel, strong levels of engagement, and recognition from viewers that advertising and premium content go hand-in-hand.

The other main finding was that the number of consumers switching on to streaming services has increased significantly – with 51 million subscribers across Europe – as broadcasters continued to collaborate in order to compete with giants such as Amazon and Netflix. The report cited partnerships between RTVE, Mediaset and Atresmedia, as well as between French broadcasters, TF1 and M6, who have already been announced in strategic moves to shake up the OTT and SVOD markets.

As regards advertising, FreeWheel found that while concerns around transparency have led to direct deals accounting for 84% of premium advertising, programmatic is still experiencing considerable growth in the region. European advertisers have fuelled a rise of 48% year-on-year in this area, and 16% of ad views stem from programmatic transactions. The number of ads per break in long-form on-demand content has also decreased. European viewers see 4.6 ads in comparison to the 4.8 in Q1 2017, totalling around 80 seconds – a reduction of 14 seconds.

Commenting on the Q1 2018 Video Monetisation Report, Thomas Bremond, General Manager, International, Comcast, said: “In the midst of a fast-changing industry, 2017 was a successful year for premium video advertising – and 2018 has also demonstrated a strong start. While the full implications of GDPR within Europe on publishers and advertisers are still to be seen, the positive steps being taken towards greater transparency and optimising the viewer experience will hopefully ensure that the effects are minimal, and the relationship between brand and consumer will continue to flourish.”