Netflix’ Indian horror Ghoul to haunt viewers in August | Programming | News | Rapid TV News
By continuing to use this site you consent to the use of cookies on your device as described in our privacy policy unless you have disabled them. You can change your cookie settings at any time but parts of our site will not function correctly without them. [Close] 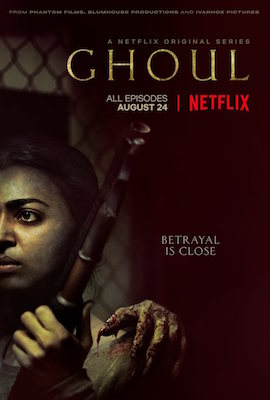 Based on Arabic folklore, Ghoul is set in a covert detention centre where Nida (Radhika Apte), a newly wealthy interrogator who turned in her own father as an anti-government activist, arrives to discover that some of the terrorists held there are not of this world.

The series was developed as part of a multi-year partnership from 2014, whereby Blumhouse, Ivanhoe and Phantom Films agreed to produce local-language genre movies in India.