Nelson Mandela centenary celebrated with DStv | Programming | News | Rapid TV News
By continuing to use this site you consent to the use of cookies on your device as described in our privacy policy unless you have disabled them. You can change your cookie settings at any time but parts of our site will not function correctly without them. [Close]

African pay-TV operator MultiChoice DStv is to launch a pop-up channel on 18 July to mark a hundred years since the birth of African icon Nelson Mandela. 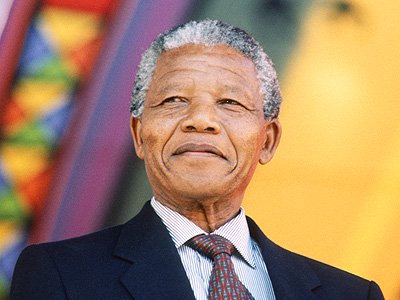 Over five days the Mandela 100 Tribute channel will celebrate the life and legacy of the freedom fighter, statesman, and Nobel Peace Prize Winner, affectionately known as Tata Madiba.

Starting on 18 July at 7pm, the channel – curated by M-Net – will air a range of films, documentaries, archive footage from M-Net’s factual programme Carte Blanche, and celebrity interviews.

“Around the globe, Nelson Mandela is revered as a hero of the struggle and as the man who led South Africa to democracy. While striving for justice and freedom and shaping a nation, he also changed the world with his humility and indomitable spirit. We are immensely proud to dedicate a unique pop-up channel to celebrate the life and legacy of this beacon of selflessness and reconciliation, who gave hope to millions,” said Yolisa Phahle, general entertainment CEO, MultiChoice.

Each night at 8pm from 18-21 July DStv customers across sub Saharan Africa can watch a mini-series made from the new director’s cut of 2013 film The Long Walk to Freedom, which stars Idris Elba as Mandela during his early life and 27 years in prison.

The pop-up channel will conclude its programming with the broadcast of Hollywood movie Invictus (2009), directed by Clint Eastwood, starring Morgan Freeman as Nelson Mandela and Matt Damon as Springbok rugby captain Francois Pienaar. The film depicts the story of South Africa’s victory at the 1995 Rugby World Cup, when Madiba walked on to the Ellis Park turf in the No 6 jersey usually won by Pienaar.