Rapid TV News - Argentina v Nigeria nets big World Cup ratings for FOX
By continuing to use this site you consent to the use of cookies on your device as described in our privacy policy unless you have disabled them. You can change your cookie settings at any time but parts of our site will not function correctly without them. [Close]

Argentina’s 2-1 World Cup victory over Nigeria led the day in the US on Tuesday (26 June), attracting 2.97 million viewers across FOX broadcast network and streaming sources. 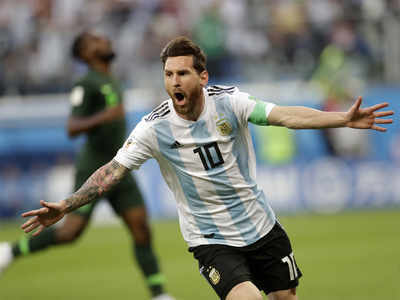 The match, which peaked at 3.24 million viewers, was up 45% from the corresponding Group Stage match in 2014 (Japan v Colombia, 1.8 million viewers).

Tuesday was FOX Sports’ biggest day for unique streamers so far in the tournament, with 1.4 million, growing 8% over the previous high on Matchday 8 (1.3 million).