TCM TV everywhere expands on Apple TV | OTT | News | Rapid TV News
By continuing to use this site you consent to the use of cookies on your device as described in our privacy policy unless you have disabled them. You can change your cookie settings at any time but parts of our site will not function correctly without them. [Close] 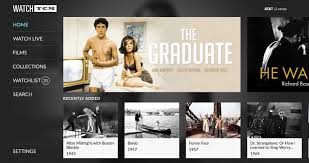 Users will need to have already subscribed to TCM  via a cable or satellite TV package. The app includes two live streams, for the East- and West-coast feed, in addition to the on-demand movies.

Turner’s back catalogue includes "nearly every title playing on TCM", including introductions by special hosts like Ben Mankiewicz. Both live and on-demand movies are presented uncut, commercial-free and in their original aspect ratios.