History of Soccer kicks off on fuboTV | Programming | News | Rapid TV News
By continuing to use this site you consent to the use of cookies on your device as described in our privacy policy unless you have disabled them. You can change your cookie settings at any time but parts of our site will not function correctly without them. [Close]

History of Soccer kicks off on fuboTV

fuboTV is debuting History of Soccer for viewers in the US, in honour of the World Cup. 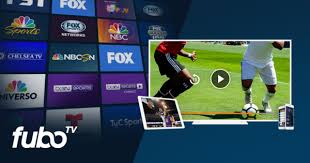 The content hub will include long- and short-form content that was originally telecast on A+E Networks’ History channel earlier this year as part of its History of Football series.

This includes documentaries that reveal the stories behind the sport’s most incredible and significant moments; dives into the minds and strategies of the world’s greatest and most revered club managers; a ‘Head to Head’ series that matches up the greatest players of yesteryear with the greatest of today; and shortform original specials that focus on everything but the game, from the origin of the ball to the insanity of the superfan, the acumen of photographers and more.

Episodes will premiere when possible on the same day that World Cup matches  featuring the teams profiled are scheduled, and will then repeat throughout July. They will be available live and on-demand via the fuboTV Network, which is part of the fubo, fubo Extra and the fuboTV Canada bundles.

fuboTV this week also added two more local TV stations to the fold, bringing its total to 303. These include stations owned and operated by, or affiliated with, CBS, FOX, NBC, The CW and Telemundo; plus access to Fox network programming in 36 additional local markets and additional Telemundo feeds brought to 125 more DMAs that don’t have a local affiliate.