Amazon Prime Video now available on BT TV | Pay-TV | News | Rapid TV News
By continuing to use this site you consent to the use of cookies on your device as described in our privacy policy unless you have disabled them. You can change your cookie settings at any time but parts of our site will not function correctly without them. [Close]

Weeks after the telco announced that it was to become the first company to bring the SVOD service to UK pay-TV screens, BT TV has switched on its Amazon Prime Video offer. 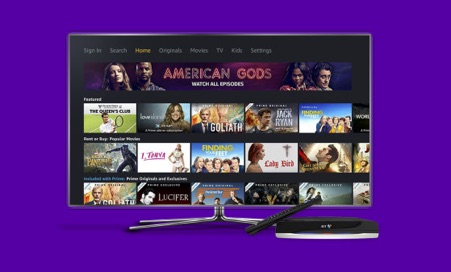 Amazon Prime members can now access the Prime Video App on BT TV set-top boxes, allowing them to watch thousands of TV episodes and movies, including Prime Originals series like The Grand Tour, The Marvellous Mrs. Maisel, and Prime’s upcoming live and exclusive coverage of The US Open Tennis Championships.

The move also means BT TV customers will be able to access every Premier League football match from the 2019/20 season, with customers able to sign-up for Amazon Prime as well as BT Sport and Sky Sports via their set-top box, meaning they can access the round of football matches that Amazon recently won the rights to show as well as the remaining games that BT will already show.

“We’re delighted to be the first UK pay-TV service to offer Amazon Prime Video content to our customers.,” said Tony Singh, content and business development director for BT’s Consumer division. “BT TV gives our customers the flexibility they want to watch all their favourite shows – and of course all the sport – in one place and on one bill. Our ambition is to offer an unrivalled choice of TV content for our customers by partnering with the very best providers and, with Prime Video joining a brilliant line-up including BT Sport, Netflix, NOW TV, BBC iPlayer.”

Added Brett Ballbach, Business Development Director for Prime Video Europe: “We want Prime members to be able to watch all their favourite content when they want, on any device they want, and Prime Video is already available on thousands of devices, from smart TVs to games consoles to tablets and mobile devices. We’re delighted to add to that range of devices with Prime Video now available to access via BT TV set top boxes – we think customers are going to love the opportunity to stream their favourite Prime Original shows and Prime exclusive sports on the device.”
Tweet