Turner launches first kids’ OTT service with Toonix in Nordic region | OTT | News | Rapid TV News
By continuing to use this site you consent to the use of cookies on your device as described in our privacy policy unless you have disabled them. You can change your cookie settings at any time but parts of our site will not function correctly without them. [Close]

The EMEA subsidiary of Turner has launched its first direct-to-consumer over-the-top service with the Toonix app across the Nordic region. 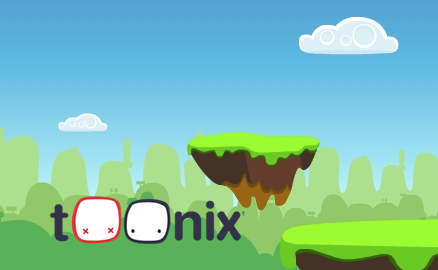 The Toonix brand launched in the Nordics in 2017 as a branded kids section in the HBO Nordic service, free to their subscribers. Available later this summer, the new ad-free app will cater to kids aged 3–12 and their families, offering some of the company’s most popular shows and movies.

Through curated content and other features, the direct-to-consumer app is said to offer kids a bespoke user experience, enhanced with the addition of a variety of engaging games for them to play in a safe environment. In addition to games, Toonix will offer instant and on-demand access to more than 1000 hours of curated content from Cartoon Network, Warner Bros. Animation, third party and local acquisitions. Programming will include Adventure Time, Teen Titans Go!, Peppa Pig, The Amazing World of Gumball, Scooby-Doo, Barbapapa, Masha & the Bear, Bamse & the City of Thieves and Lego Batman: The Movie - DC Super Heroes Unite.

The app will be available in local languages in Sweden, Denmark, Norway and Finland, as well as in English, running via on-demand on iOS and Android phones and tablets, and on smart TVs.

“The launch of this OTT service marks the next step in Turner’s continuous mission to provide fan-centric user experiences and builds on the success of the launch of the Toonix brand with HBO in the Nordic region last year,” said Pierre Branco, senior vice president and general manager, Turner Northern Europe. This new app provides an entertainment playground for kids to engage with their favourite characters through both high-quality programming and exciting games, whenever or wherever they want.”
Tweet