SBS to the rescue for Oz World Cup coverage after Optus disruptions | Broadcast | News | Rapid TV News
By continuing to use this site you consent to the use of cookies on your device as described in our privacy policy unless you have disabled them. You can change your cookie settings at any time but parts of our site will not function correctly without them. [Close]

In a remarkable blow for its joint rights holder, Australian free-to-air TV network SBS will broadcast all World Cup games in the country until 20 June following broadband streaming issues that have marred Optus’ coverage in the tournament’s opening days. 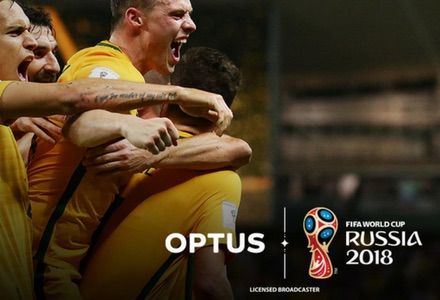 The Australian broadcasting rights to the international tournament are being shared by Optus Sport and  SBS which aired England’s victory over Tunisia on Monday, and is now preparing to show Colombia v Japan at 10pm AEST on Tuesday and, on Wednesday (19 June), Poland v Senegal at 1am, and Russia v Egypt at 4am AEST.

SBS has broadcast the World Cup for the past 32 years. In 2016 it announced a partnership with Optus whereby SBS retained live free-to-air TV rights to 25 of the 64 World Cup matches, with Optus streaming the remainder.

The game on 15 June between Uruguay and Egypt, which was the first match to be shown exclusively in Australia on Optus, was plagued by disruption.

There were also buffering issues on the Optus Sport app as the Socceroos faced France the day after and during the 17 June match between Costa Rica and Serbia. Optus, which has exclusive rights to air certain World Cup matches, blamed the dropouts in its service on “an extremely high number of viewers logging into our platforms just before kick-off causing some systems to overload”.

Lew has apologised to fans over the disruptions to its streaming service. “We know Australian football fans are amongst the world’s most passionate, and vocal, and we clearly understand Australia’s passion for this major event, and the frustration that goes along with not being able to watch the event,” Lew said in a statement. “In light of this Optus has announced that it will simulcast the next two nights of 2018 FIFA World Cup matches with SBS. This decision has been made with the interests of football fans across Australia in mind.”

The CEO added that a dedicated team was working to address the issues, and the telco was “confident” that there was a solution in place and “using this time to undertake robust testing of all systems”. Optus is also going to make a number of Fetch Mini set top boxes available to customers “where appropriate”.