AT&T-Time Warner merger sets the stage for net neutrality challenge | Major Businesses | Business | News | Rapid TV News
By continuing to use this site you consent to the use of cookies on your device as described in our privacy policy unless you have disabled them. You can change your cookie settings at any time but parts of our site will not function correctly without them. [Close]

The historic decision last week to allow AT&T and Time Warner to merge has created one of the largest vertically integrated media companies in the world – and raises questions when it comes to consumer choice and content access. 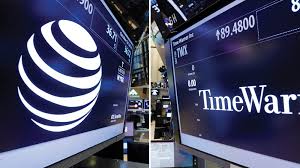 The $85 billion deal Time Warner is being folded into AT&T and will be renamed WarnerMedia, which gives the telecoms giant a media juggernaut that includes dozens of channels, popular TV shows and premium networks – in addition to its existing domination of the local broadband connections to US consumers and businesses, its position as one of only two satellite TV providers with DirecTV, and its OTT presence with Sling TV.

Perhaps most notably on the TV front, AT&T now owns HBO, which of course is home to massive hits like Westworld and Game of Thrones, along with first-run distribution rights with studios like Dreamworks, 20th Century Fox, Universal and Warner Bros. It also owns the Cinemax premium movie channel; and, Turner Broadcasting, which includes Boomerang, Cartoon Network, CNN, TBS, TNT, Turner Classic Movies. It also includes Turner Sports, one of the sports giants in the US, with premium rights to major leagues and a raft of important sports websites like Bleacher Report, NBA.com, PGA.com, NCAA.com and NBA TV.

On the studio front, AT&T gains comic book specialist DC Entertainment, which is a subdivision of Warner Bros; Warner Bros itself, which is one of the “big six” movie studios.

In short, AT&T had solidified its market power over both content creation and the distribution of that content – much like Comcast/NBCUniversal. The difference however is that the Comcast mega-merger was approved only with conditions meant to combat and monopolistic abuse -- Judge Richard Leon in the US District Court for the District of Columbia last week imposed no such caveats.

Leon said that he would allow the merger regardless of the antitrust objections of the US Department of Justice, arguing that the combined company, despite its size and breadth of assets, has real competition in the form of Netflix, Hulu, Facebook and Google.

However, the judge failed to take into account that all OTT players depend heavily on open access to AT&T’s network to reach consumers. And with net neutrality regulations being rejected by the GOP-lead FCC, the lack of prohibitions on the combined company’s behaviour came as a surprise.

The DoJ also lodged its concern: "We continue to believe that the pay-TV market will be less competitive and less innovative as a result of the proposed merger between AT&T and Time Warner,” said Assistant Attorney General Makan Delrahim. “We will closely review the Court's opinion and consider next steps in light of our commitment to preserving competition for the benefit of American consumers.”

In any event, the development also offers real impact on a number of other mega-mergers that are pending or upcoming.

These include Disney and Comcast’s rival deals for the media assets of Fox; Fox, Disney and/or Comcast competing for Sky; and, it’s also likely raise the chances that a proposed merger between Sprint and T-Mobile, the third and fourth biggest US wireless providers, will be allowed to go through.