German VOD on ‘unabated’ growth trajectory | VOD | News | Rapid TV News
By continuing to use this site you consent to the use of cookies on your device as described in our privacy policy unless you have disabled them. You can change your cookie settings at any time but parts of our site will not function correctly without them. [Close]

The German video-on-demand market has rapidly become mainstream according to Goldmedia research that has found that nearly a fifth of all households in the country were subscribing to at least one paid-for VOD service at the end of 2017. 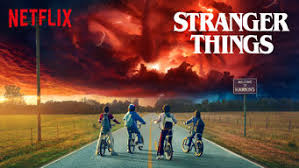 The analyst goes as far as to say that the market is currently on an ‘unabated’ growth trajectory with a current boom in the pay VOD sector comprising subscription, transactional and electronic sell-through (SVOD, TVOD, EST) business. In addition to attractive content, Goldmedia noted other important market drivers were the way in which the services have become more convenient to access at any time of the day via smart TVs or special streaming devices such as the Amazon Fire TV Stick, and the growing number of households with high-speed broadband connections.

The company calculates that total gross VOD revenues were €1.1 billion at the end of 2017 — three-quarters of which derived from SVOD — and that these are set to more than double to €2.5 billion by 2023. As like everywhere else, the VOD market is being led by Amazon Prime Video and Netflix. However, other key market players include Sky Deutschland, ProSiebenSat.1 Group subsidiary Maxdome, Apple’s iTunes and Google’s Playstore. Goldmedia also reports specialist sports streaming services such as DAZN and Eurosport as also seeing an increase in users.

Goldmedia forecasts that SVOD is capable of achieving an 80% share by 2023 with the leading players focusing heavily on producing their own original content. However, licensed titles that are streamed via TVOD and EST are also popular among users, especially new feature films which are available to view on demand just a few months after they have been released in cinemas.

In conclusion, it boldly states that the German VOD arena is not likely to run out of steam in the near future and its forecast suggests that it is more likely that the competitive landscape will soon start shifting in this rapidly growing market.

The is also boosting VOD’s technical reach. The rural market is continuing to play catch-up and it is anticipated that huge potential will be unlocked in these areas in particular. Goldmedia predicts that every other household with a broadband connection will subscribe to a VOD service by 2019.
Tweet