MTG rebrands as Nent for Nordic entertainment business | Pay-TV | News | Rapid TV News
By continuing to use this site you consent to the use of cookies on your device as described in our privacy policy unless you have disabled them. You can change your cookie settings at any time but parts of our site will not function correctly without them. [Close]

The first consequence of Nordic pay-TV group MTG’s decision to split into two companies will take place on 1 July with the launch of Nordic Entertainment Group (Nent), an integrated broadcasting, streaming and content production company. 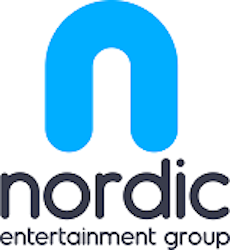 The split of MTG came about in March 2018 as the company attempted to recover from its failed attempt to sell off key assets to Danish telco TDC. The new company is said to reflect the company’s ambition to provide the best and broadest entertainment.

Nent claims that it owns a portfolio of world class platforms and brands, a unique content ecosystem and a skilled leadership team and will operate a number of platforms and brands. In the pay-TV arena these include the Viasat channels and satellite platform as well as the Viaplay streaming service in Denmark, Finland, Norway and Sweden. In the free TV arena, it boasts TV3, TV3+, TV3 PULS, TV3 MAX, TV3 Sport (Denmark); TV3, Viasat4, TV6 (Norway); TV3, TV6, TV8, TV10 (Sweden); and the Viafree streaming service (Denmark, Finland, Norway, Sweden). The company will also have 30 production companies in 17 countries and Splay Networks while additionally having operator services through Viasat broadband and IPTV accessible to over 1.3 million Swedish households through 35 open fibre networks.

The company’s content offering includes what is claimed to be an ‘unmatched’ portfolio of sports rights, including UEFA Champions League football, the English Premier League, The Championship, NHL, KHL, Formula 1, NFL, European Tour golf, UFC and World Boxing Super Series. It also has partnerships with major international studios, including Disney, NBC Universal, Sony Pictures and 20th Century Fox. At present there are over 50 original productions, with 14 premiered. Most recent of these are Rig 45, The La. wyer and ‘Stella Blómkvist.

Commenting on the launch of Nent, group president and CEO Anders Jensen said: “The Nordic region is one of the world’s most dynamic media markets and our ambition is to provide the best and broadest entertainment experiences possible for our consumers and partners. We have a uniquely integrated model, and produce, broadcast and stream exciting content for viewers, listeners and followers. The launch of our new and vibrant brand is the latest step along our path to becoming a separate listed company.”
Tweet