Verizon to install Hans Vestberg in top job | Major Businesses | Business
By continuing to use this site you consent to the use of cookies on your device as described in our privacy policy unless you have disabled them. You can change your cookie settings at any time but parts of our site will not function correctly without them. [Close]

In a shock move, communications giant Verizon has announced that CEO Lowell McAdam is stepping down as of 1 August, to be replaced with the sometimes controversial former Ericsson CEO Hans Vestberg. 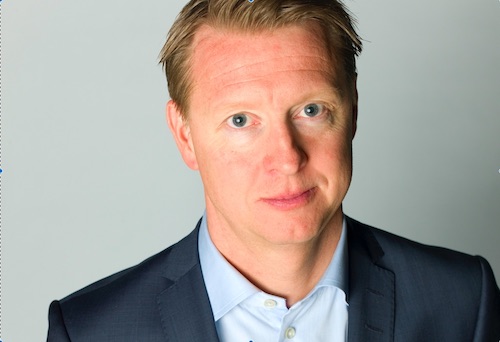 Vestberg was hired as the corporation’s CTO a little more than a year ago, tasked with what the company said were “fibre-centric” businesses as well as the wireless networks.

McAdam, who has been with the company for 35 years, seven of them as CEO, said that Vestberg will shepherd the company’s 5G aspirations going forward.

"I know that he has the right expertise, experience and business acumen to lead us forward and build on our strategy,” McAdam noted in a note to employees. “Importantly, Hans is an inspiring leader, with high energy and a passion for delivering on the core values that truly make Verizon the world leader it is today."

He added, “As I think about the power of 5G, I am convinced that this is a significant and pivotal time for Verizon and our entire industry — and now is the time to bring Verizon into its next chapter.”

He also said that his retirement has been planned for some time, with the move being the endgame in a two-year plan. McAdam will remain as executive chairman of the board through the end of the year, and then serve as chairman in a non-executive capacity starting in 2019.

Under McAdam, Verizon completed the $130 billion buyout of Vodafone’s wireless business in 2014, and acquired Yahoo and AOL to diversify into digital media. Verizon’s stock price has also increased 36 percent during his tenure.

Vestberg meanwhile stepped down as Ericsson chief in 2016 after dismal earnings resulted in sustained criticism of his leadership of the infrastructure giant. He, like McAdam, had been CEO for seven years and with the company for almost three decades.

“I have had 28 fantastic years at Ericsson,” Vestberg said at the time. “As the industry enters a next phase, driven by 5G, IoT and cloud, it is time for a new CEO to step in and continue the work to ensure Ericsson's industry leadership.”

Now, it appears he’s carrying out the same mission at Verizon.

“There are number of different ways Hans Vestberg could reshape Verizon’s future,” BTIG analyst Walt Piecyk told the Washington Post, given that communications companies are “facing new competition and disruption to their existing business models” – referring to OTT.

The news comes as a judge is expected next week to rule on the mega-merger between AT&T and Time Warner. If the deal gets a go-ahead, Piecyk said that Vestberg could pursue a media acquisition of his own.