VOD goes mainstream in Argentina | VOD | News | Rapid TV News
By continuing to use this site you consent to the use of cookies on your device as described in our privacy policy unless you have disabled them. You can change your cookie settings at any time but parts of our site will not function correctly without them. [Close] 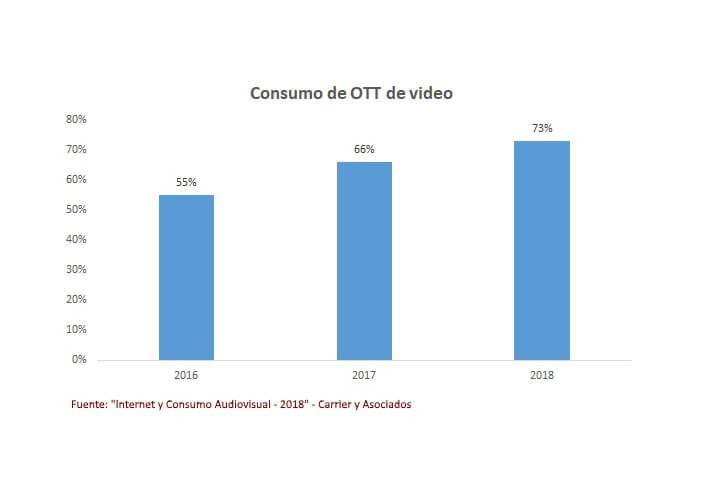 According to the report Internet y Consumo Audiovisual – 2018, 73% of connected Argentinians watch VOD, though not all of them actually subscribe to such OTT services, as most of them share accounts and subscriptions.

“OTT video continues growing, being consumed by 73% of users, compared to 66% last year and 55% a year before. Such trend is stronger among younger demographics,” the report pointed out.

“Regarding OTT players, Netflix is clearly dominating the market, followed by Fox Play, HBO Go and Cablevision Flow. In many cases, multiple services are subscribed to,” concluded the Carrier y Asociados report.
Tweet